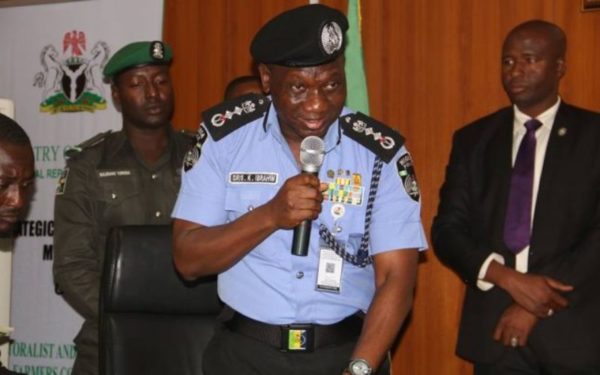 The acting Inspector-General of Police ( I-G ), Mr Mohammed Adamu, has ordered a comprehensive and speedy investigation into the death of late Ogar Jombo, a personnel of the Nigerian Security and Civil Defence ( NSCDC) in Abuja.

Jombo, an Assistant Superintendent of the NSCDC, allegedly died after being beaten by two policemen on March 21 in the presence of his wife and children for alleged violation of traffic rules.

A statement by the Force spokesman, Frank Mba, an Assistant Commissioner of Police on Saturday in Abuja, said Adamu reassured that justice would prevail in the case.

He enjoined the NSCDC along with the family of the deceased, for the purpose of transparency to nominate any medical doctor of their choice to witness the autopsy.

The police boss said the autopsy would help the investigators to have a definitive understanding of the real cause of death of the deceased.

He called for calm from the family and friends of the deceased and the entire public, reiterating that the case would not be swept under the carpet.