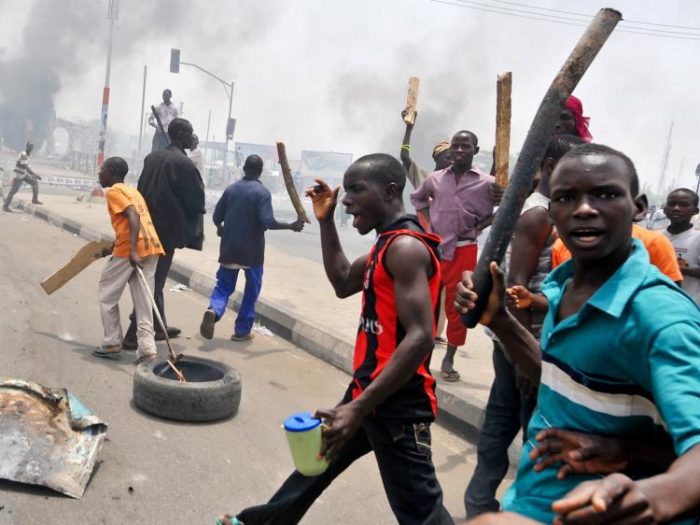 The Centre for Democracy and Development (CDD) on Saturday condemned attacks on ad hoc staff, media, observers and other electoral  participants during the supplementary polls.

It said the attacks marred the polls.

The CDD Director, MS Idayat Hassan who was represented by an analyst of CDD, Dr  Jideofor Adibe  in Abuja, said that the group’s observers noted incidents of violence and disruption of voting process.

Hassan said the cases were reported in Kano, Sokoto, Benue and Bauchi states where supplementary governorship and state houses of assembly elections held.

“In Kano State, violence and disruption of polling were widespread as an army of thugs reportedly took over polling activities in several local government areas, including Nasarawa, Dala, Karaye and Gaya.

“It is distressing that political thugs took over the elections, forcing voters to vote along a party line, stoning voters and violently disrupting the elections.  ‘’

Hassan said that this was because Gama ward in Nasarawa LGA in Kano State was strategic to winning the supplementary elections by either of the two leading candidates.

She said that in Sokoto, particularly in Bodinga LGA, Bodinga ward (PU11), a dispute which eventually disrupted the election, erupted between the agents of the two leading parties.

She said it was disrupted over attempts by a party agent to assist voters in voting.

She said that evidence suggested that the deliberate deployment of political thuggery during elections seemed to have become the norm in Nigeria.

She said that the trend was extremely disturbing, and it was imperative to safeguard Nigeria’s  democracy by holding the perpetrators accountable.

Hassan said that the way thuggery was instrumentalised in the elections queried the essence of the massive deployment of security agents to guard the polls, especially when brigandage ruled.

She said in  several instances, the security agents were reported to have turned a blind eye to the act of brigandage perpetrated by the political thugs.

She said that the electoral cycle witnessed so much intimidation, harassment and attack on voters, journalists, observers and INEC officials.

“This unfortunate development, however, took an unprecedented turn in the Kano supplementary elections where party agents and thugs intimidated and attacked voters and observers in the course of exercising their franchise or monitoring the process.’’

Hassan said there was a clear case of where party agents and thugs coerced and intimidated voters to vote for their candidates.

She said that the high level of intolerance against poll monitors was not limited to observers.

She said that in spite of several attempts to entrench peacefully electoral democracy in Nigeria, elections have been marred by upsurge of violence.

She said that the level of impunity at which this gruesome act was being prosecuted by hoodlums at the ballot box and the inability of security agents to respond adequately and hold perpetrators accountable were sources of concern.

Hassan said that incidences of underage voting and vote buying were also recorded where votes were sold for N10,000 and N15,000.

She said there was need to emphasise that the act of vote buying was an offence punishable under the laws and those involved in the act should be arrested and prosecuted according to law.

This, she said, would discourage the increasing rate of the practice.