Brexit troubles for May as ministers plot to unseat her 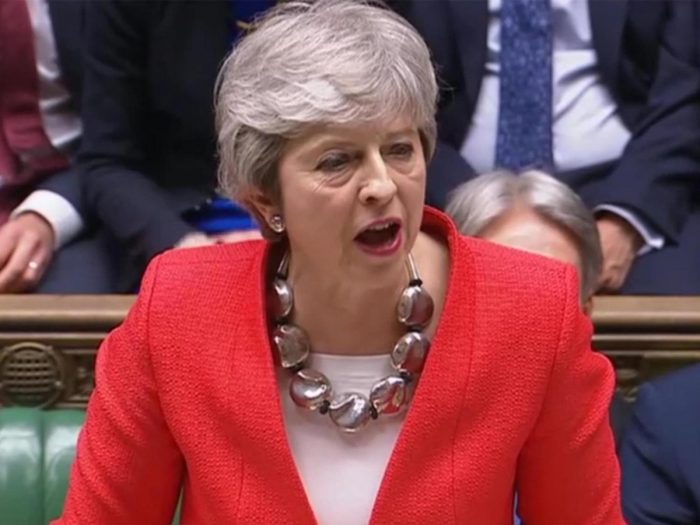 The UK’s exit from the European Union on Sunday was in disarray as Prime Minister Theresa May faced a possible plot by ministers to topple her and parliament prepared to grab control of Brexit from the government.

At one of the most important junctures for the country since World War Two, British politics was at fever pitch and, almost three years since the 2016 referendum, it was still unclear how, when or if Brexit will ever take place.

With May humiliated and weakened, ministers insisted she and the British government were still in charge of the country, and that the best option was still for parliament to ratify May’s twice-defeated Brexit divorce deal.

As hundreds of thousands of people marched across central London on Saturday to demand another Brexit referendum, May was the subject of what The Sunday Times said was a “coup” by senior ministers seeking to oust her.

The newspaper cited 11 unidentified senior ministers and said they had agreed that the prime minister should stand down, warning that she has become a toxic and erratic figure whose judgment has “gone haywire”.

When asked by Sky about reports in The Sunday Times and other newspapers of a plot and whether she had run out of road, finance minister Philip Hammond said: “No. I don’t think that is the case at all.”

“Changing prime minister wouldn’t help us, to be talking about changing the players on the board, frankly, is self-indulgent at this time,’’ Hammond said.

Hammond said the best way forward would be for parliament to back May’s deal, although he said that it might not be approved and so parliament should then try to find a way to end the impasse.

“I’m realistic that we may not be able to get a majority for the prime minister’s Brexit deal and if that is the case then parliament will have to decide not just what it’s against but what it is for,” he said.