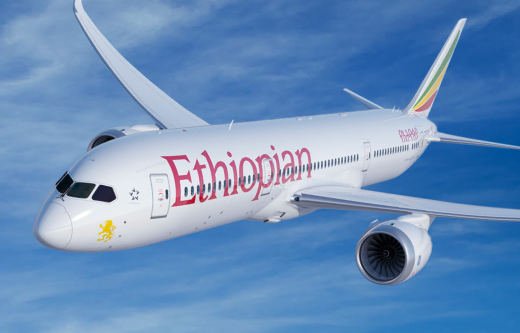 An Ethiopian Airlines executive questioned whether Boeing had told pilots enough about “aggressive” software that pushes a plane’s nose down, a focus of investigation into a deadly crash in Ethiopia recently.

Comments by the CEO and vice president of the airline this weekend will fuel a debate over the safety of Boeing’s 737 MAX aircraft, two of which have crashed in similar circumstances in the last five months.

Ethiopian Airlines, Africa’s most profitable airline, has robustly defended its own safety record, training and procedures after the crash on March 10 that killed 157 people.

Yohannes Hailemariam, vice president for flight operations at Ethiopian, told local newsmen, in the Amharic language that attention has focused on software called Maneuver Characteristics Augmentation System, or MCAS, and the sensors that activate it.

“MCAS pushes the plane’s nose down if it believes it is ascending at too steep an angle.

“After the crash it came to our attention that the system is aggressive.

“It gives a message of stalling and it takes immediate action, which is faster than the action which pilots were briefed to take by Boeing,” Yohannes said, himself a pilot with over 30 years of experience, including flying Boeing’s 777 and 787.

Boeing has repeatedly refused to comment on the crash citing rules set out by the Montreal-based International Civil Aviation Organisation (ICAO), which limit what those involved, other than the airline, say during a crash investigation.

The Ethiopian Airlines crash and an October crash by Indonesia’s Lion Air killed 346 people in total and sparked the biggest crisis in decades for Boeing.

The company has lost about 28 billion dollars from its market share and the MAX, its best selling plane ever, is now grounded with questions over orders worth over 500 billion dollars.

Yohannes noted that the manufacturer had issued a bulletin to the industry after the Lion Air crash.

“All pilots and operators knew about MCAS after Boeing disclosed that.

“The bulletin shows procedures for how to stop it when this happens, but it doesn’t have training.

“The airline followed up with computer-based training which took cockpit crew one to two hours,” Yohannes said.

Teams from the three U.S. airlines that own 737 MAX jets were also heading to Boeing’s factory in Renton, Washington over the weekend to review a software upgrade.

In a sign of the effect on Boeing’s business, Indonesia’s Garuda wants to dump a 6 billion dollars order for 49 of the grounded planes.

Garuda rival Lion Air is also weighing what to do its order, 190 Boeing jets worth 22 billion dollars at list prices.

Boeing offered airlines an optional indicator to show if two sensors showing the steepness of the ascent, the so-called “angle of attack” sensors, disagreed with each other, which would indicate a faulty sensor.

Some media reports have questioned whether having this installed may have helped the Ethiopian Airlines cockpit crew regain control of flight ET 302.

CEO Tewolde Gebremariam said it was important not to confuse safety-critical equipment with optional items.

“When Boeing supplies aircraft there are items which are mandatory for safety and then there are optional items.

“The angle of attack indicator was on the optional list along with the in-flight entertainment system,” Gebremariam noted.

He echoed the words of Norwegian Air which said it had not selected the cockpit light warning of discrepancies between angle of attack sensors for its fleet of 18 MAX 8 aircraft.