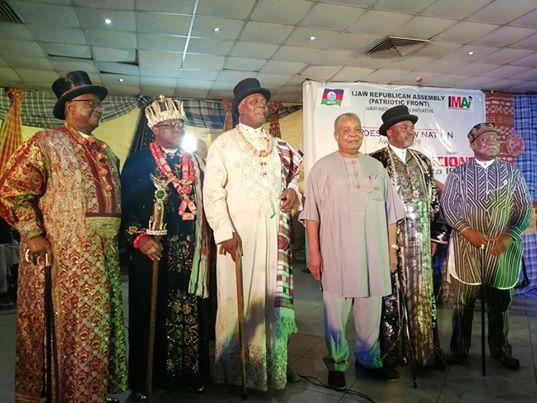 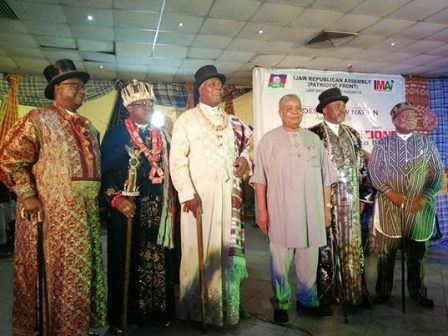 It was a moment of celebration for some prominent Ijaw sons and daughters as two notable Ijaw elite groups, the Ijaw Republican Assembly (IRA) and the Ijaw Media Action Initiative (IMAI) honoured former President Goodluck Ebele Jonathan, the governorship candidate of the Accord Party in Rivers State, Dumo Lulu-Briggs and 48 other prominent Ijaw sons and daughters with lifetime achievement awards.

The Award for former President Goodluck Jonathan was received on his behalf.

Alatubo Charles who is also the President of the IRA in his remarks at the second edition of Heroes of Ijaw Nation Award Night, held at the Presidential Hotel, Port Harcourt at the weekend, expressed the hope that the third edition of the ceremony would be better as Ijaw heroes and heroines will annually be honoured.

“This is just the second edition of the Heroes of Ijaw Nation Award Night and we are hopeful that the third edition of this award will be bigger and greater.”

Speaking to Journalists, one of the awardees and former Minister of Culture, Alabo Tonye Graham-Douglas, said it has been the duty of the Ijaw Republican Assembly to make sure that the Ijaw nation is properly advertised, properly recognised.

Graham-Douglas, who was honoured with the Ijaw Lifetime Award, expressed regrets that the Nigerian nation seems not to appreciate the efforts of IRA in the promotion of the Ijaw nation.

He stated that the Ijaw man lives and toils in the most hostile terrains of the mangrove forest, hosts the mainstay of the Nigerian economy, which is crude oil, that was first discovered in a commercial quantities in Ijaw land of Oloibiri, now in Bayelsa State, he still lives and dies in polluted environment.

“The brilliant man behind this, Charles Harry is an achiever. The award is beginning to gain grounds. I believe the whole idea is the recognition and emancipation of the Ijaw dream.

“The Ijaws of the coastal area have long been marginalised, have long been deprived and yet, as the base of the wealth of this country, it needs some recognition.