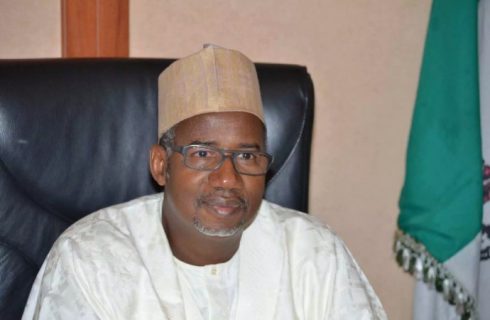 The Independent National Electoral Commission, INEC, has declared the candidate of the People’s Democratic Party (PDP), Bala Mohammed, as winner of the supplementary election in Bauchi State.

Returning Officer Professor Kyari Mohammed announcement on Sunday, that the PDP candidate polled a total of 6,376 while the candidate of the All Progressives Congress (APC) Muhammed Abubakar, who is the incumbent governor polled 5,117 votes in the supplementary election held on Saturday.

The Returning Officer, however, noted that he is in no position to make a return because the case involving the Tafawa Balewa LGA is still in court.

The Federal High Court in Abuja had on March 19 stopped the Independent National Electoral Commission (INEC) from proceeding with the collation, conclusion and announcement of the result of the governorship election in the state held on March 9, 2019.

Justice Inyang Ekwo issued the order based on an ex parte application filed by the APC and the governor, Mohammed Abubakar.

Governor Abubakar had filed the application in court after he criticised the electoral body for its decision to continue with the collation of results after it had earlier declared the exercise in the state inconclusive.

INEC had declared the exercise inconclusive after the margin between the two leading candidates was said to be less than the number of cancelled votes.

The Commission, however, later insisted that it would resume the collation of results of Tafawa Balewa LGA on March 19 after considering a report submitted by the REC.

It also challenged the powers of the court to stop the collation and announcement of results.

According to its legal officer, Hassan Adamu, the court has no jurisdiction to interfere in post-election litigation.

Filing a counter affidavit, he argued that any post-election matter is exclusively reserved for the Election Petitions tribunal and not for any regular court.

The Commission, however, later agreed to hold the supplementary elections on March 23 in all other LGAs except Tafawa Balewa.