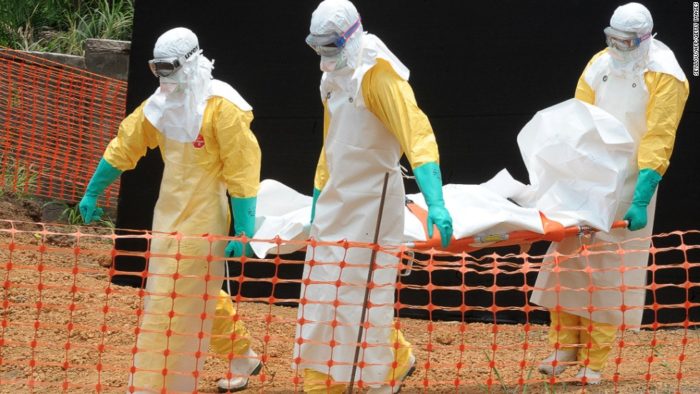 The number of Ebola cases in Congo has exceeded 1,000, the country’s health ministry said, as the second-largest outbreak of the virus continues to wreak havoc in the central African country.

“Behind these numbers are several hundred Congolese families directly affected by the virus and hundreds of orphans,” Health Minister Oly Kalenga said in a statement.

Kalenga described the outbreak as “a human and social tragedy.”

A total of 629 people have died of Ebola in the outbreak in eastern Congo, which began shortly after the government declared an end to another outbreak in the west of the country in June 2018.

Some 320 people had recovered, placing the average survival rate within treatment centres at more than 60 per cent, the ministry statement said.

More than 91,000 people have been vaccinated against the virus since August, it added.

Authorities and aid groups have struggled to do their jobs in the dangerous eastern region where numerous militias operate, most fighting over the country’s rich natural resources.

Ebola is a highly infectious disease that causes a fever and often leads to massive internal bleeding and death.