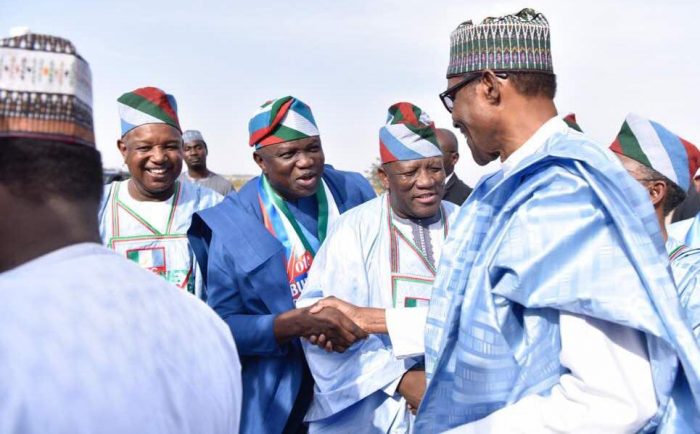 The petitioners, HDP and its presidential candidate, Mr Ambrose Owuru are challenging the legality of the election earlier slated for Feb. 16 but later shifted to Feb. 23

The petitioner, who claimed to have been excluded from participating in the Feb. 23 poll, averred that the election was invalid by reason of non compliance with the provisions of the Electoral Act 2010 which stipulated the conditions under which an election could be lawfully postponed.

Their major contention is that they were validly nominated for the 2019 general election, but were unlawfully excluded from the elections by INEC by delisting their names and party logo from the ballot papers.

The petitioners maintained that they will at the trial, lead evidence and rely on the law in support of their petitions to establish that the shifting of the election from Feb. 16 to 23 was without the backing of law.

Meanwhile an ex-parte motion filed by the petitioners seeking to serve the president with their petition and other processes will be heard at the Court of Appeal in Abuja on March 28.

The ex-parte motion filed by Yusuf Ibrahim, is seeking an order of the court to serve President Buhari by pasting the petition at the Aso Villa Presidential office, the National Secretariat of the APC and the tribunal’s notice board.

The ex-parte motion followed an affidavit of non-service deposed to by one Abubakar Mohammed, Chief Bailiff of the Court of Appeal.

The bailiff claimed that security personnel at Aso Villa denied him access to enter and effect service on President Buhari on the grounds that there was no directive from the president’s office to that effect.