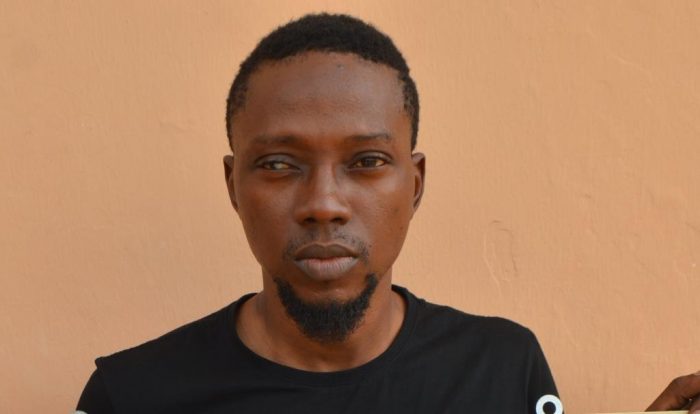 A 40-year old man, Ayodele Saheed Olaniyi, is currently cooling his heels in the custody of the Economic and Financial Crimes Commission, EFCC, Ibadan zonal office for allegedly duping people of the sums of N343, 880,000.

According to a statement from EFCC, Olaniyi was arrested by the commission following a petition addressed to the EFCC’s Executive Chairman, and filed on February 13, 2018.

Signed by a lawyer, Mr. Jimoh Ayofe Tijani of E.F.A. Adeola & Co, the petition was prepared at the instance of 89 individuals, who claimed to be victims of the suspect’s alleged fraudulent acts.

The petitioner alleged that they were hoodwinked by Olaniyi into investing in a network business called Beerbanc Traders’ Network.

The business required that they pool resources together to establish a beer retailing business with the promise that the proceeds would be shared every month among the investors and the coordinating company.

They further alleged that after collecting their money, Olaniyi neither shared profits with them since October 2018 nor return their invested sums, even when it was apparent that the business would not fly.

Upon receipt of the petition, the acting Chairman of EFCC, Mr. Ibrahim Magu, had assigned detective officers to look into its merit and their findings were shocking.

In the course of their investigation, the detectives discovered that the suspect was operating eight different bank accounts through which he enlisted 114 people into the phony scheme.

It was also established that a total sum of N396.5m found in the accounts was never invested in any business as promised by Olaniyi when he was luring his victims into the ‘business idea’.

Again, EFCC investigators established that the company, under which Olaniyi tends to operate the business was not registered with the Central Bank of Nigeria, CBN, as other financial institution as required by law.

After taking his statement and conducting a search on his house and business address at Oluyole, Ibadan, the commission granted the suspect an administration bail, of which he was yet to meet the conditions.

However, having realised that the bubble has burst and there is likelihood of him facing the consequence of his actions, Olaniyi tried playing it smart on the commission.

He feigned suffering from hepatitis B to aid his release without meeting the bail conditions. The lie failed as medical laboratory test conducted on him established that he never suffered from the health condition he simulated.

Investigators are fine-tuning their findings to prepare him for prosecution.