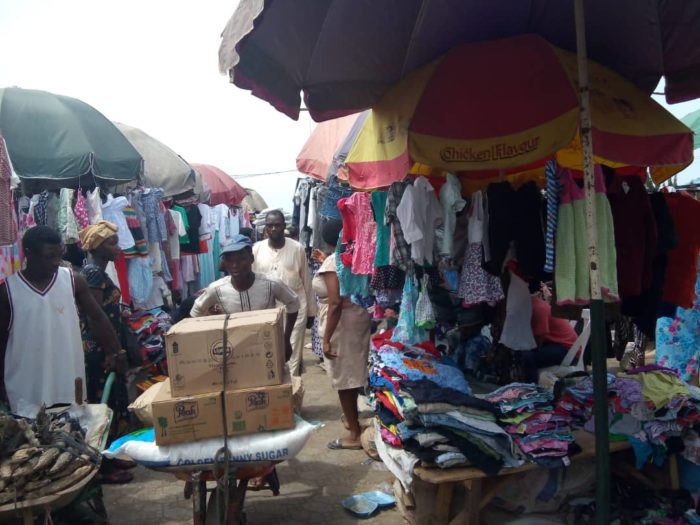 The market which holds only on Mondays and Saturdays are usually affected by seasons and events.

Some of the sellers, who spoke with the News Agency of Nigeria (NAN) on Sunday, said they earn their income mostly within the NYSC camping period or recruitment camp for Para military.

Mrs Chioma Ochigbo, a trader who sells NYSC clothes at the market, said that she makes great sales at this time of the year.

“Most of the graduates rush to buy the needed clothes during this period as they will be going to camp.

“A pair of short ranges from N400 to N500 while white tennis shoes range from N600 to N800 but price largely depends on the size.

“The business is okay and since I sell NYSC clothes, the patronage is high just for few market days as people will soon go to camp and nobody will buy afterward.”

Also Mrs Ijeoma Onyinyechi who happen to be selling for her sister in the market disclosed that this is her second time of coming to the market.

Another trader, Mrs Nneka Obi, who lives in Kubwa said that she makes more sales in Duste market than in Kubwa market.

She said that people believe things are cheaper in Dutse Monday market than any other market.

“People prefer to buy at bush markets as they feel it’s cheaper, and really, things are affordable here.

“Even though I live in Kubwa which is not far from the NYSC orientation camp, I prefer coming to sell here as the space rent is not expensive compared to the one at the camp.