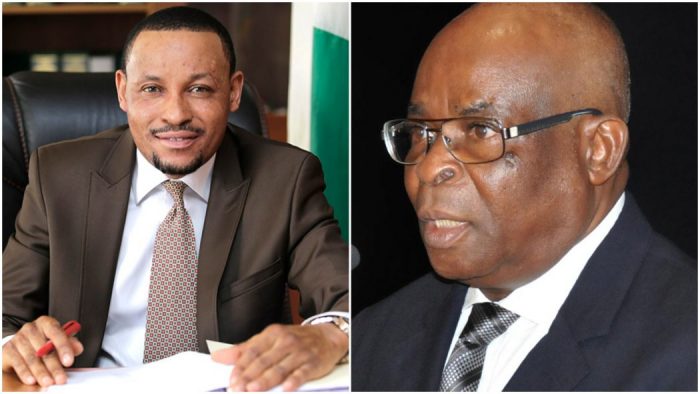 The suspended Chief Justice of Nigeria (CJN), Justice Walter Onnoghen, has opened his defence in the ongoing trial for alleged questionable assets declaration.

The suit was filed against Onnoghen by the Federal Government at the Code of Conduct Tribunal (CCT).

At the resumed sitting of the case in Abuja on Monday, a witness, Lawal Olarewaju-Busari, told the tribunal that he was Onnoghen’s driver from 1999 to date.

”On Nov. 3, 2010, His Lordship gave me N200 to get the assets declaration form. When I got back, I gave him the original receipt after the payment.

The receipt of the payment for the assets declaration form was tendered in evidence by the Counsel to the defendant, Chief Adegboyega Awomolo, SAN, and was marked as exhibit by the CCT.

Meanwhile, the Prosecution Counsel, Mr Aliyu Umar, SAN, objected to the tendering of the document saying that, the witness was not the maker of the document.

Umar also told the tribunal that there was no proper foundation backing the witness to tender the document and that the receipt (document) has no revenue number, and was supposed to be provided by the Cashier instead of the witness.

“There is no provision in the evidence act to what the prosecution is saying, admissibility is regulated only by the law and no other form, the witness has given enough evidence to make the document admissible,’’ Awomolo said.

Another document related to the trial was tendered by the witness and was also admitted by the tribunal.

The three-man bench of the CCT led by Danladi Umar, earlier ruled that Mrs Theressa Nwafor, a staff of the Code of Conduct Bureau, Edo State office be subpoena before it based on the application of the defence counsel.

The chairman of the tribunal adjourned sitting until Wednesday, for continuation of the trial.

On Friday, CCT dismissed the no-case submission filed by the suspended Chief Justice of Nigeria, Walter Onnoghen, and asked him to open his defence in respect of the six counts of false and non-declaration of assets preferred against him.

Umar, which earlier took arguments of parties, held that Onnoghen had case to answer and should enter his defence.

Contrary to the contention by Onnoghen’s legal team that the three witnesses called by the prosecution failed to give credible evidence to prove the case, the CCT held that the admission to the alleged offences by the embattled top judicial officer showed that there was a prima facie case against him.

Umar said the defence was only trying to frustrate the punishment of the defendant for the offences.

The Chief Adegboyega Awomolo-led defence team promptly applied for the copy of the ruling to enable them to properly advise the defendant.

The tribunal chairman said it would be ready by Monday.