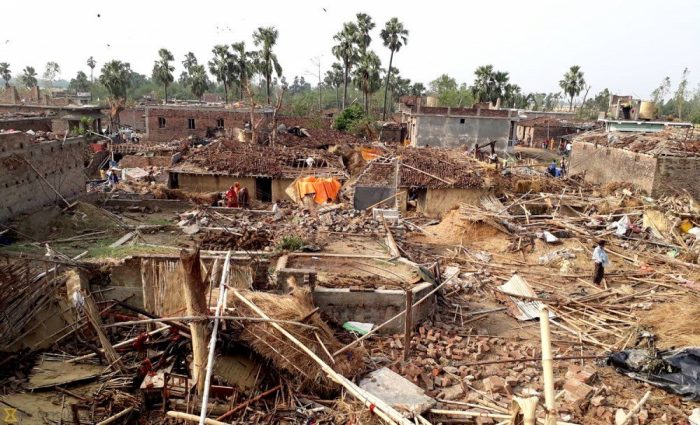 Over two dozen people were killed in a severe thunderstorm that swept through parts of Southern Nepal and hundreds more were injured, police and officials said on Monday.

Nepal’s Prime Minster K.P. Sharma Oli in a tweet said 25 people had been killed, and about 400 were injured.

“Helicopters have been kept ready for immediate rescue and relief,” Oli said in his post.

He offered condolences to the families of the victims.

Rajesh Paudel, the top bureaucrat of Bara district, where the storm hit, said the death toll may increase as rescuers were still trying to reach many of those affected.

Bara is located about 62 km South of Kathmandu, and borders India’s Eastern state of Bihar.

Pre-monsoon thunderstorms are common in Nepal during the spring season, although are rarely of an intensity that causes high casualties.

Police officer Sanu Ram Bhattarai said rescue teams had been dispatched to the affected villages, however reaching the victims was difficult at night.