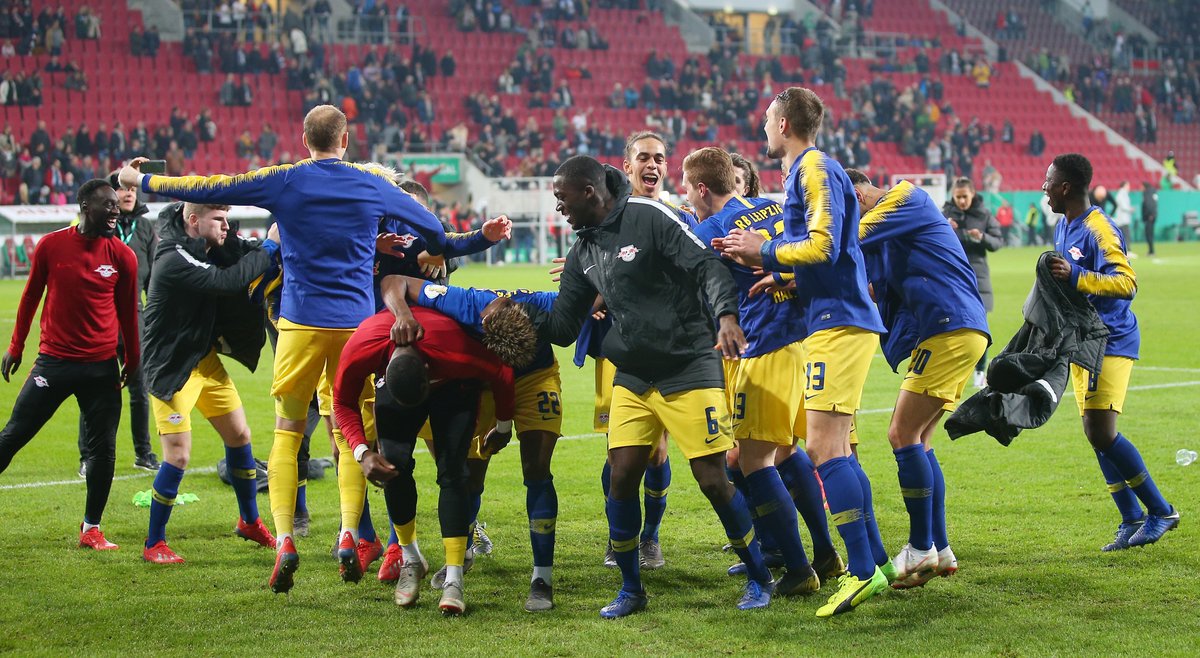 RB Leipzig recovered from conceding a stoppage-time equaliser to score a winner in the last minute of extra time.

The effort helped them to beat Augsburg 2-1 on Tuesday to book their place in the German Cup semi-finals.

Marcel Halstenberg scored with a penalty kick in the 120th minute, after the game went to extra time thanks to Alfred Finnbogason’s equaliser with the game’s last kick after 90 minutes.

Timo Werner had given the visitors the lead in the 74th minute with a well-placed shot from 18 metres after a quick break.

Bayern Munich take on second tier Heidenheim on Wednesday while Schalke 04 host Werder Bremen in the other quarter-finals.