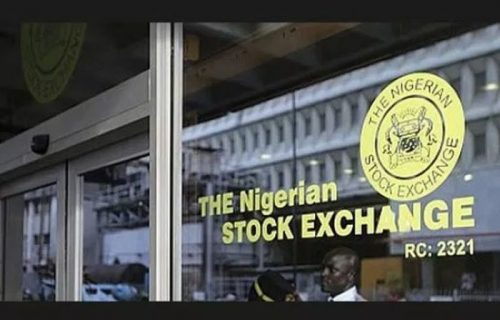 The Nigerian Stock Exchange (NSE) market indicators reversed negative trend on Friday with a marginal growth of 0.21 per cent.

Also, the market capitalisation which opened at N11.100 trillion appreciated by N24 billion to close at N11.124 trillion.

Cement Company of Northern Nigeria led the gainers’ table, increasing by 80k to close at N17 per share.

On the other hand, GlaxosmithKline dominated the losers’ chart , dropping by 65k to close at N9.50, while Fidson trailed with a loss of 45k to close at N4.50 per share.

Sterling Bank was the most active stock, exchanging 59.87 million shares worth N149.86 million.

This was in contrast with a turnover of 499.09 million shares worth N2.89 billion achieved in 4,133 deals on Thursday.