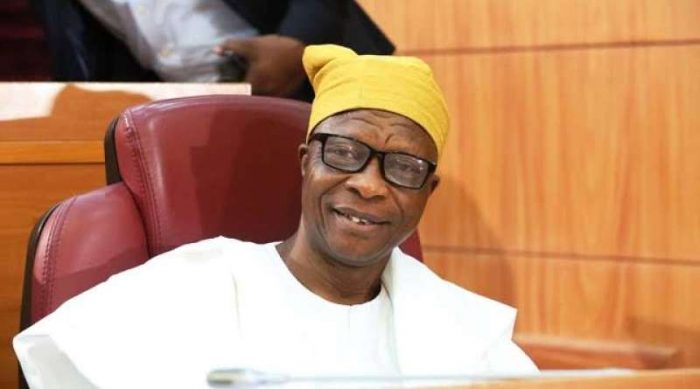 A Lagos lawmaker, Prince Bisi Yusuff on Saturday advised the state Governor-elect, Mr Babajide Sanwo-Olu to consult adequately before forming his cabinet in order to get it right from the start.

Yusuff, a third-term member of the Lagos State House of Assembly representing Alimosho Constituency I, gave the advice in an interview with the News Agency of Nigeria (NAN) in Lagos.

According to the former two-term Ipaja-Ayobo Chairman, the incoming governor should not do anything alone if he wants to succeed.

“Sanwo-Olu should not do it alone, he should consult with leaders widely. That is my own candid opinion and I will not shy away from saying that.

“He should not arrogate the selective power to himself alone. It is when you do that, that people view it as a team work and they would have confidence in him.”

He said that the National Leader of the All Progressives Congress (APC) and leader of the party in the state would never do anything alone without due diligence in consulting with the relevant stakeholders.

“Asiwaju Bola Ahmed Tinubu will not even do that to anybody if you know him like I do; the “Jagaban of Borgu” would never select alone.

“He (Tinubu) would ensure that he consulted with every leader in each local government before concluding or coming up with the list.

“The era of saying somebody is imported from somewhere has gone,” Yusuff, Chairman, House Committee on Public Accounts (Local) said.

According to him, Tinubu has trained thousands of his foot soldiers in Lagos, in other parts of Nigeria and even outside the shores of Nigeria on democratic norms.