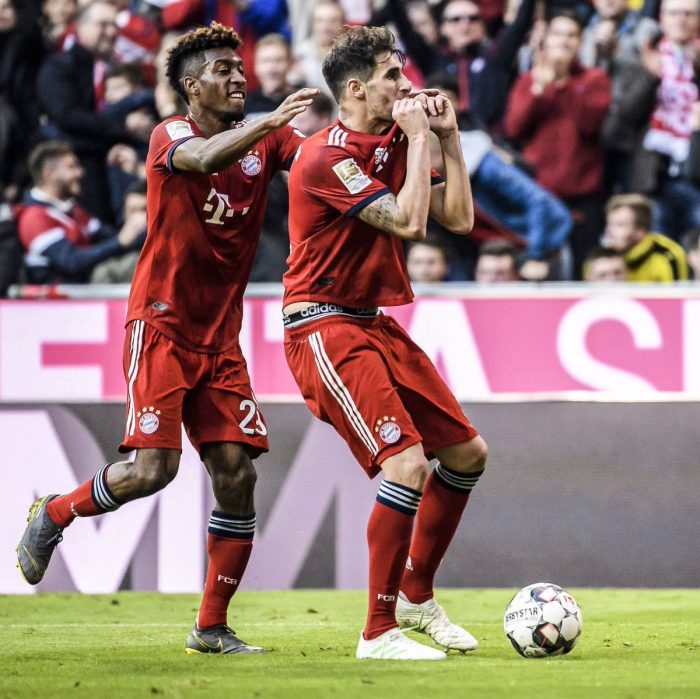 German champions Bayern Munich thrashed title rivals Borussia Dortmund 5-0 to move back to the top of the Bundesliga with six games remaining.

Dortmund, who were two points clear heading into this match, were shell-shocked following a ruthless first-half display from the hosts.

According to BBC, In a showdown described as the “biggest in Europe this season”, Dortmund’s title hopes suffered a blow and extended their losing streak at the Allianz Arena to five games.

At the start of December, the title race looked to be over with Dortmund nine points clear at the top, but Bayern took advantage of the stuttering form of their rivals to claw back the deficit.

And as if intended as a timely reminder of Bayern’s pedigree, Lewandowski became the second-fastest player to score 200 goals in the German top flight, doing so in 284 games.

His Bayern side are aiming to win a 29th league title and could add the German Cup after reaching the semi-finals with a victory over second-division side Heidenheim.