Insecurity: Buhari should give account for N360bn from ECA - Timi Frank 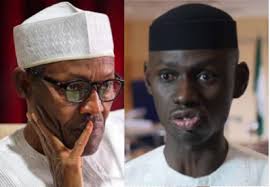 Former Deputy National Publicity Secretary of the All Progressives Congress (APC), Timi Frank, has challenged President Muhammadu Buhari to account for the $1 billion he withdrew from the Excess Crude Account (ECA) to purportedly fight insecurity in view of the increasing spate of killings, banditry and kidnapping across the country.

Frank, in a statement in Abuja on Sunday in reaction to the increasing incidence of kidnapping, banditry, killings and other forms of crimes across the country, insisted that the mindless looting of public funds that has so far characterised the current administration is directly responsible for persistent insecurity in the country.

He lamented that the President has woefully failed to protect Nigerians and demanded that the current “tired and incompetent heads of security agencies and Service Chiefs be sacked.”

The Bayelsa-born political activist said he believes that “No serious government will keep incompetent Service Chiefs if the President himself is not personally benefiting from their cluelessness.”

He added that if Buhari’s government is to be judged by the level of insecurity in the country, failure would be an understatement in describing the current administration.

According to Frank, no government has approved such humongous amount of fund to tackle insecurity in the history of Nigeria without noticeable improvement in the security of the country as is presently the case.

Frank said: “We are talking of $1billion (or N360 Billion) unilaterally withdrawn in a single tranche from the ECA by the current administration without any positive effect on the security of country. Rather insecurity continues to bedevil the country without let. Haba!

“The only achievement we have seen through the current military administration is propaganda and fake news to defend their looting.

“Dear Gen. Buhari, please tell the world what you did with $1billion (N360 billion) taken from the Excess Crude Account supposedly to fight insecurity!

“The number of lives lost and that of people in displaced on a daily basis across the country is your responsibility which you must account for, but it is obvious that you only care about your ambition.

The increasing level of insecurity in the country has pushed the citizens to the wall and this will no doubt set this country on fire if you don’t do the needful and urgently too.

“Nigerians should bear in mind that the more money the President approves to fight insecurity, the more the country becomes insecure.”