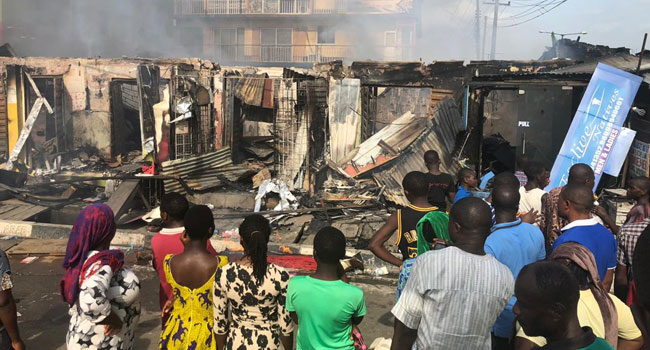 Onlookers at the scene of the fire incident 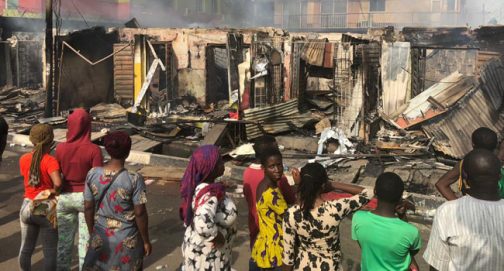 It was lamentation galore on Saturday at Shonola Street in Aguda-Ogba area of Lagos State as goods worth millions of naira were destroyed in a fire outbreak at a building housing multiple shops.

An eyewitness told Channels Television at the scene of the incident on Saturday that the fire started from a hairdressing salon before it extended to other parts of the building.

A young lady was said to have been fuelling a generator while it was on when the container of the fuel caught fire.

The girl reportedly threw the burning container which had fuel in it back into the shop out of shock.

She sustained minor burns from the incident and has been taken to the hospital for treatment.

Another witness said rescue officials and firefighters arrived at the scene early enough to stop the raging fire from spreading to nearby buildings.

No casualty was recorded. 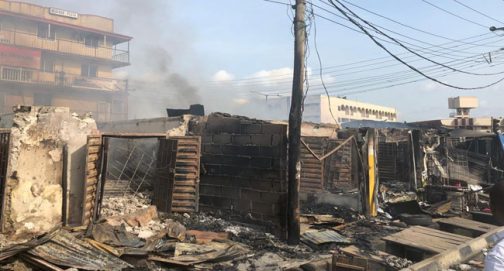 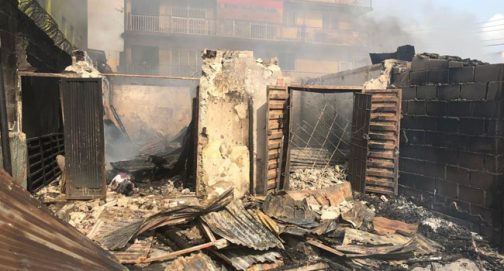 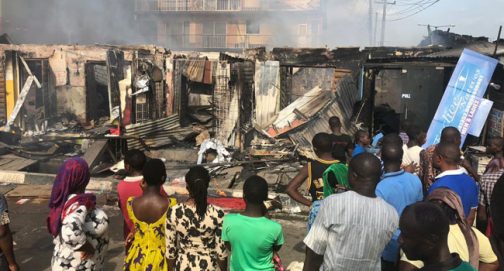 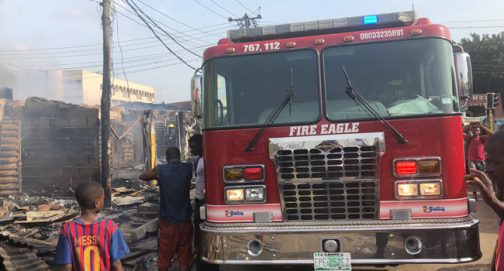 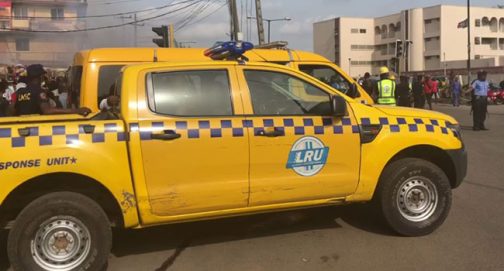 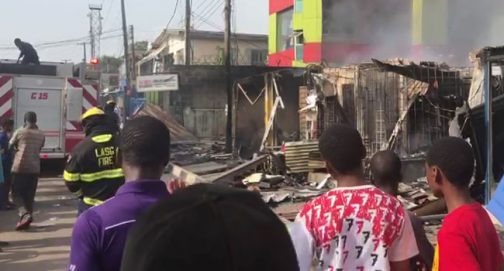