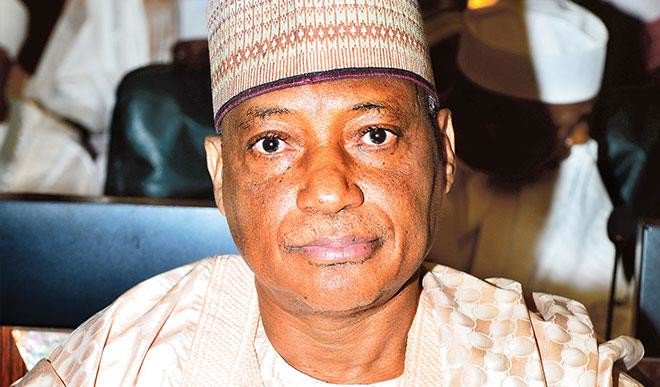 A coalition of civil society groups has blamed the Minister of Defence, Mansur Dan Ali, for his alleged inability to address insecurity in Zamfara.

The coalition made up of the Peoples Alliance for Indigenous Rights (PAIR), Society for Gender Equity (SGE), Network for Onward Nigeria (NeO), and The Peoples Collective (TPC), accused the defence chief of doing little or nothing to stem the killings.

A statement signed by Isa Yaro, National Publicity Officer of the group on Sunday in Abuja, described killings in Zamfara as tragic and unfortunate.

It blamed the Federal Government for failing to arrest the security challenge in the state, for over two years.

It noted that President Muhammadu Buhari ought to have sacked the Minister of Defence for his failures to address insecurity in the country.

“What we find happening in Zamfara state is not only unfortunate but tragic.

”All the blame trading and trying to put Gov. Abdulazzi Yari as the main culprit is reprehensible.

”We all know that governors are merely chief security officers by name without inherent powers.

” For long, the governor of Zamfara state has raised alarm over the buildup of a vicious militia with those responsible at the centre, doing little or nothing about it.

“From our findings, the Zamfara government has spent several millions in kitting, communication gadgets and allowances for the police and military posted to the state.

”What we need to ask is how much leverage has the Minister of Defence, who is from the state, leveraged to address the carnage?

According to Yaro, it is good that there is a deployment of Special Forces to the state.

He however, appealed to President Buhari to learn from his past appointments in choosing those who will realise his Next Level Agenda come May 29.

On Saturday, some protesters stormed the Presidential Villa in Abuja to protest the killings in Zamfara, blaming the governor for not showing “enough concern.

Kadaria Ahmed, media personality and one of the organisers of the protest, accused Yari of not being concerned “about the people of Zamfara.