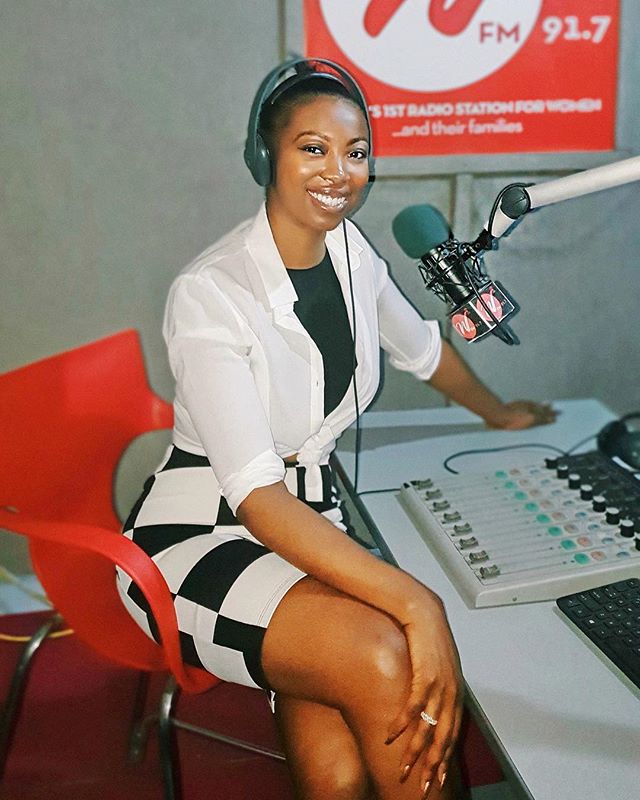 Tv presenter, show host and media personality Bolanle Olukanni was on radio for the first time as a host and her experience was totally hilarious.

Bolanle says her best friend’s brother once advised her to be a radio host because according to him, she has a lovely voice. Her first time wasn’t so bad, ‘it was even more special because I get to talk about issues that I care about and bring to forefront social issues affecting our communities’.

STORY TIME!!!! When I was 16 , I called my best friends house and her brother picked up the phone ( I had the biggest crush on him lol) . He says to me before handing the phone to her “you should consider being on radio, you have a sweet voice .” I swooned lol and of course my 16 year old self took to heart what he said 😂😂I decided to job shadow at a radio station while in Secondary School. I was living in Kenya then and remember avidly listening to the radio . I completely fell in love with radio and decided that I wanted to become a radio VJ. Today was my first time on radio as host and it was everything I thought it would be and more. It was even more special because I get to talk about issues that I care about and bring to forefront social issues affecting our communities . This is what I was made for 💃🏾💃🏾💃🏾💃🏾💃🏾 . I’m so excited that @tlsdinitiative and I are bringing #connectandconversations to the radio waves #radiohost #radiovj