Nigerian actress, Regina Daniels has again flaunted a multi-million naira Ferrari on the streets of Abuja, amidst allegations that she tied the knot as a sixth wife to Billionaire, Ned Nwoko.

Regina has been on everyone lips following reports that she got married to the 59-year-old politician.

This is coming after she flaunted the two Luxurious ride, as well as the new house she got for her mother.

It was also revealed that she has been flying around with the Billionaire’s private jet prior to their ‘alleged marriage’.

Now, Daniels has been spotted with a Ferrari. The post showed that the actress was in Transcorp Hilton Hotel in Abuja at the time the photo was taken.

Daniels also shared videos and photos of herself driving the hot red Ferrari around Abuja. She was seen living her best life as she cruised around in the Ferrari blasting loud music.

However, Daniels did not reveal if the Ferrari was recently bought by her, for her or if it was a friend’s car she was riding. 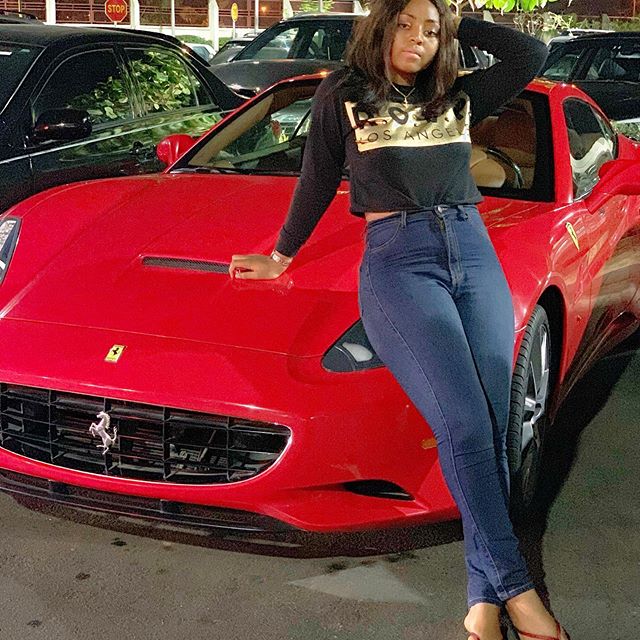