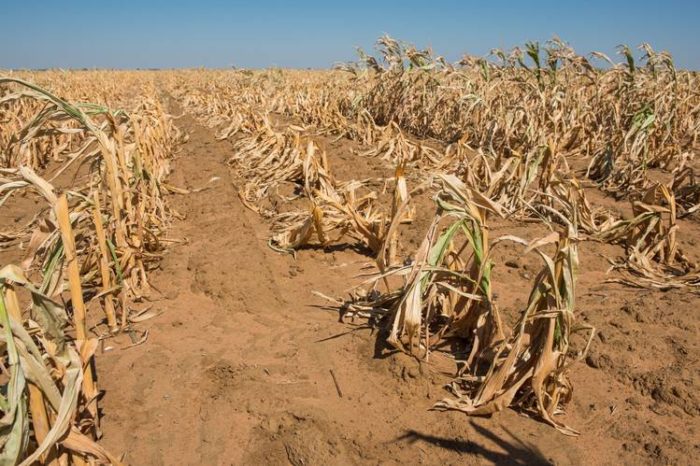 The World Bank said on Tuesday that dry weather across much of Kenya was likely to curb the country’s economic growth this year, as it cut its forecast to 5.7 per cent growth.

The World Bank, in its latest report on the country, said the medium-term growth outlook was stable but recent threats of drought could drag down growth.

The bank said Kenya’s economy expanded by an estimated 5.8 per cent last year following its recovery from a slowdown the year before caused by another drought and election jitters.

The latest forecast is down from the bank’s 5.8 per cent projection in October. It is also lower than the government’s own forecast, which is 6.3 per cent, according to the central bank.

“Risks include drought conditions that could curtail agricultural output, especially if the country’s grain-growing counties are affected,” the bank said.

“The so-called long rains season from March till May hasn’t started in most parts of the country. Agriculture accounts for close to a third of Kenya’s annual economic output.

“If the government fails to meet its revenue collection targets, the economy could face more risk from macroeconomic instability,” the bank said.

Externally, Kenya faces risks from global trade tensions, which could cut its exports and the funds sent home by Kenyans abroad.

“An unanticipated spike in oil prices and tighter global financial market conditions … could lead to a disorderly adjustment of capital outflows from Kenya,” it said.

Kenya’s current account deficit narrowed to 4.9 per cent of gross domestic product in 2018 from 6.3 per cent in 2017, according to the bank.

The deficit was financed by both government and capital inflows, increasing the central bank’s hard currency reserves.

“This continues to provide a comfortable buffer against external short-term shocks,” it said.

The World Bank, which is one of Kenya’s biggest development financiers, urged the government to curb tax exemptions to boost revenue and to inject a dose of realism when forecasting revenue collection.

Critics have accused the government of overly optimistic revenue forecasts in recent years, to justify increased spending. The government has regularly failed to meet those targets.

There was no immediate comment from the ministry of finance.

“The government should also end caps on commercial lending rates imposed in 2016, which continue to compromise the effectiveness of monetary policy.

“There is need to repeal interest rate caps and restore the potency of monetary policy, which is essential in responding to shocks,” the World Bank said.