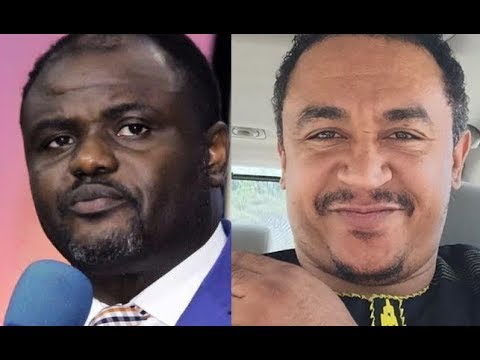 Damina, in his sermon recently, said Jesus was always against religious leaders because Christianity was not a religious, as religion sought to bring people back to bondage.

He said women should not be put in the bondage of religion that they should not put on trousers as they had liberty in Christ.

“If you have your trousers sisters, wear it, wear it well, and enjoy it; don’t let anybody keep you in bondage with dos and don’ts, there is liberty in Christ Jesus, the only thing we emphasise is that when you dress, cover your nakedness, that is all,” he said.

Freeze, who recently attacked the General Superintendent of the Deeper Christian Life Ministry, Pastor William Kumuyi for saying that women who put on trousers were abomination to God, said Damina had preached well.

He said only an un-scholarly teacher would tell women not to wear trousers.

“Abel Damina is on fire here! May God bless him! Only an un-scholarly teacher will tell women not to wear trousers,” Freeze said.