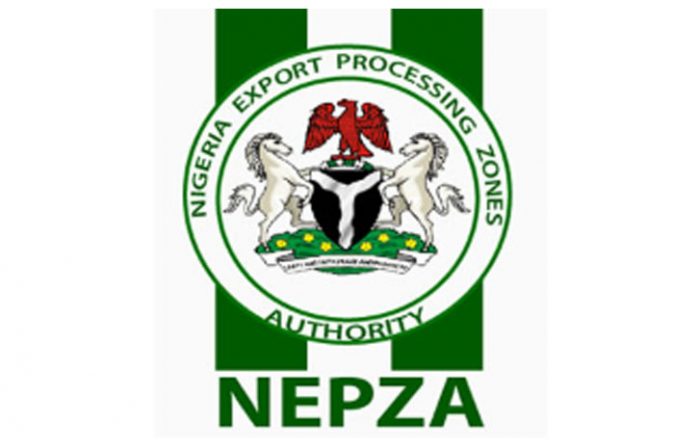 A deliberate plot hatched by some top officials of the Nigeria Export Processing Zones Authority, NEPZA, to corner over N40 billion meant for the establishment of Special Economic Zones in the country has been unearthed, raising contrived dust over the President Muhammadu Buhari administration’s plan to create Special Economic Zones targeted for the rapid industrialization of the country.

When recently the Minister of Industry, Trade & Investment, Dr. Okey Enelamah presented the ministry’s 2019 Budget details to the relevant Senate committee, questions were raised about the creation of a limited liability company with 25% FG interest, the retention of three FG officials as directors, and the allocation of government’s funds to the company.

But informed sources explained that the Senators involved were only acting on information provided by NEPZA officials to deliberately mislead them into concluding that the said funds belonged to NEPZA, and not to the limited liability company formed specifically for the purpose, for instance, the Nigeria Special Economic Zone Investment Company.

According to a top government official involved in what seems like a presidential review of the unfolding controversy, “the Federal Government adopted a model to speedily and rapidly develop the Special Economic Zones using a PPP model as was done in other countries like China and a number of African countries.”

Continuing, the source said, “the strategy involved the setting up of a limited liability company that included the FG and some institutional investors like African Development Bank, ADB, the African Finance Corporation, AFC, the Bank of Industry, BOI, AFREXIMBAMK, and the Nigeria Sovereign Investment Authority, NSIA in a 25% —75% FG and institutional investors ratio. And to secure FG’s interest, three government officials were put forward in the interim as directors in line with the usual practice when such companies involving FG are set up.”

Said another industry source, “using government officials, including aides is nothing to worry about since they are there to protect government interests at the take-off stage, pending when a proper board can be in place and the company ready to go full throttle. Besides the people chosen as interim directors are those who are driving the project and are knowledgeable within the ministries involved being Finance on the one hand and Industry, Trade & Investment on the other.”

Besides, as is done elsewhere around the world, such government representative directors are not entitled to any beneficial interests in the company shares. “Bringing up the issue of these directors was simply a mudslinging attempt to mislead the public, but it has no fuel at all, considering that it is a global practice and the directors are interim and non-beneficiaries,” the source explained.

It was gathered that former topmost echelons at NEPZA allegedly devised the entire plot to ensure that the N42 billion allocated for the development of the Special Economic Zones be controlled and disbursed by NEPZA instead of the Special Purpose Vehicle established by a Presidential directive straight from President Muhammadu Buhari’s desk.

But in order to ensure this, they needed support in the National Assembly. Said a top official of one of the investigating agencies of the government, “this was how the top NEPZA hierarchy sold a carefully designed package of outright falsehood and suppression of relevant facts to the National Assembly and decided to smear the President’s plan in order to corner the funds and control disbursement of the money instead of allowing the limited liability company formed for that purpose to be in charge.”

An agency source alleged that “what we now know is that while one of them went to run for election in the last round of elections, for which he had to resign from NEPZA, the most senior officer to whom he handed over the reins of NEPZA is actually also one of the main fund-raisers/coordinators of his gubernatorial campaign.”

The source added that “therefore the campaign of calumny against the President’s industrial plan and against the Industry, Trade & Investment Ministry is being fueled by top echelons at NEPZA. “At stake is the control of Project MINE”, – the name of the plan to speedily industrialize the country through the promotion of Made in Nigeria goods for Export, for which MINE is an acronym.

“They are both bent on controlling the N42 billion approved in the budget,” it was disclosed.

The NEPZA officials started with the argument that the agency is the one through which the FG can make investments in the Free Trading Zones. So, the matter was referred to the Attorney-General of the Federation for legal advice. And it was after the AGF counseled that NEPZA was a regulatory agency and not the exclusive implementing agency for such projects that the officials, determined not to let go of the funds connived to develop a plot to smear the whole effort by raising questions and provoking sensational narratives around a model that is best global practice and that enjoys the support of major international institutional investors.

Between the FG and the institutional investors, the investment company, the Nigeria Special Economic Zone Investment Company, NSEZCO, is expected to raise $500m in equity by 2023.

While many of the strategic investors have already signed on, the MINE project which the NSEZCO will be delivering has secured significant international partnerships already. For instance Shandong Ruyi, the leading textile and garment group in China has already announced its commitment to invest $2 billion to the cotton, textile and garment industry for the Special Economic, (free trading) Zones the NSEZCO will put up in Abia, Kano and Lagos States.

Equally, CCCG Industrial Investment Holding Company, CIHC, of China, which is ranked 91st in Fortune 500 and is the third largest international contractor in the world, has also signed a letter of intent to invest in the forthcoming Special Economic Zone in Lekki, specifically in the areas of power, water, access roads and bridges. “These are some of the critical and significant plans that few NEPZA officials are trying to scuttle, “ according to a government official aware of the presidential review of the controversy sparked last week when the Industry, Trade & Investment Minister briefed a Senate committee on the project.

Some of the Special Economic Zone projects are the much talked about Enyimba Economic City in Abia, the Lekki-Epe Model Industrial Park, Funtua Cotton Cluster, and several others being planned for Edo, Kwara, Sokoto, Ebonyi, and Benue States among others.