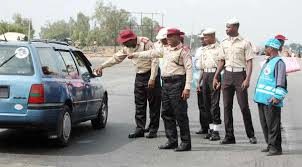 The Federal Road Safety Corps (FRSC) has said that it will begin full implementation of the Penalty Point System on traffic offenders from June 1.

A statement by FRSC’s Public Education Officer, Mr Bisi Kazeem on Wednesday, said that the Corps Marshall, Mr Boboye Oyeyemi made this known at a critical summit on Information Technology at the FRSC National Headquarters, Abuja.

The News Agency of Nigeria (NAN) reports that Penalty Points are points allotted to traffic offences accumulated in a driver’s record.

Kazeem quoted Oyeyemi as saying that with the development, offenders who violated traffic regulations for a stipulated number of times would be sent back to driving schools for a retraining.

He added that some offenders would be subjected to compulsory community services, depending on the number of offences committed.

According to him, the corps Marshall decried the continued violation of traffic laws by motorists, saying that many drivers in the country lacked adequate driving training.

He said that Penalty Point System was already operational in most safety conscious countries as a way of tackling traffic law violation.

“In the new order, if a driver receives a statutorily maximum number of points, the driver shall be warned and or have his licence suspended or withdrawn.

“For between one to 10 point offence, the offender pays a certain amount of money as fines,” he said.

He said a warning notification would be issued on a traffic offender who had accumulated 10 to 14 penalty points.

“Offenders, who commit between 15 to 20 penalty points will face the temporal removal or interruption of authority or right to drive for a period of time.

“Motorists who have accumulated 21 and above penalty points will face withdrawal of their driver’s licence,” he said.