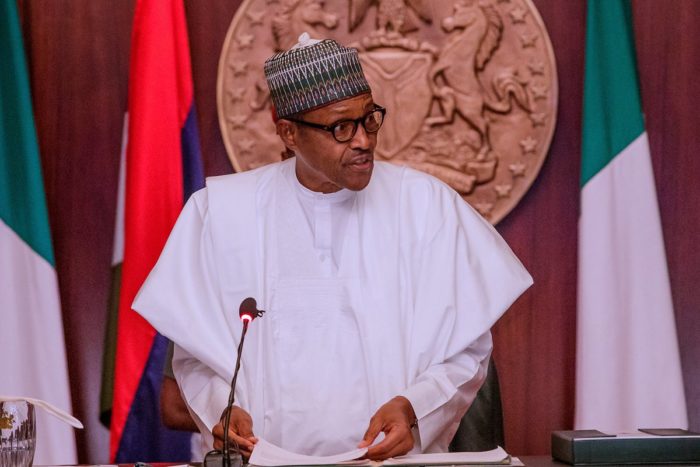 Mr. John Campbell, Ralph Bunche senior fellow for Africa policy studies at the Council on Foreign Relations in Washington, DC., who was US ambassador to Nigeria from 2004 to 2007, immediately after the February 23, 2019 Nigerian Presidential election, queried the emergence of President Muhammadu Buhari as the winner. In a blog post on the website of the Council on Foreign Relations (https://www.cfr.org/blog/questions-about-nigerian-presidential-elections), titled Questions About the Nigerian Presidential Elections, Mr. Campbell argued that “Observers had predicted that the election would be very close, despite Buhari’s incumbency advantage. But the size of Buhari’s very large margin of victory is likely to raise questions.” Although by his own admission, “election observers are not claiming widespread fraud”, he proceeded to argue that “very low turnout also raises questions.”

Alleging possible “election rigging” through “voter suppression and vote-buying”, he posed the direct question of “whether voters were kept away from the polls by the security services, which would favor Buhari?” This was followed with the implied rhetorical statements that “civic groups had objected to security service deployments to polling places, ostensibly to maintain order”; “INEC’s postponement of the voting by one week, claimed for logistical reasons, also likely reduced voter participation”; “voters often travel home some distance to cast their votes”; and “many could not afford to remain away from work for a week.”

Reading through the sarcastic questions of Mr. Campbell, one cannot but recall Greg Lukianoff and Jonathan Haidt’s submission in the book The Coddling of the American Mind: How Good Intentions and Bad Ideas are Setting up Generation for Failure. Their hypothesis of the untruth of emotional reasoning based on the “small rider sitting on top of a large elephant” analogy being the “cognitive distortion that occurs whenever the rider interprets what is happening in ways that are consistent with the elephant’s reactive emotional state, without investigating what is true” aptly explains Mr. Campbell’s sarcasm.

Otherwise, what could have explained the suggestive low voter turnout inference of a deliberate ploy to ensure that President Buhari win the election? Was there any ploy really? Could the one-week postponement by INEC be the ploy? With a voter turnout of 26.5 million against 80 million registered voters and 72 million with permanent voter cards (PVC), no doubt 37% turnout is low. Assuming there was no postponement, what could have been the voter turnout? How would that have affected the results? Or, what was it that was done to ensure that only President Buhari’s voters turned out on the rescheduled date?

We just need to assist Mr. Campbell to ask all the questions, at least to help clear any possible cognitive distortion. This is fundamentally important, using Lukianoff and Haidt’s words, so as to protect Mr. Campbell from cheaply downgrading himself to becoming “a lawyer or press secretary whose job is to rationalize and justify” Atiku’s and PDP’s allegations against President Buhari’s and APC’s victory in the 2019 elections.

First, there is the need to acknowledge that no election can be perfect, and so is the 2019 Nigerian election. Some of the reported problems of the elections according YIAGA AFRICA statement of February 27, 2019 on the 2019 Presidential Election Results include cancellation of estimated 3.3% of the votes, which is four times that of 2015 elections. In particular, YIAGA AFRICA identified the cases of Rivers (22.7%), Nasarawa (9.5%), Akwa Ibom (8.5%), Cross River (8.0%), Plateau (5.7%), Kogi (5.2%), Benue (4.9%) and Kaduna (4.7%). Without any doubt, this should be a source of concern. But should our concern about high incidences of cancellations in these states be elevated to the point of suspecting that President Buhari and APC are the beneficiaries of these cancellations. Perhaps, a look at the final collated results announced by INEC could assist.

Without belabouring this matter, there is hardly any validly substantiated piece of evidence suggesting that the merging of victory could form the basis for questioning the result. Since, in the first place, the basis of Mr. Campbell queries was attributed to claims by election observers, without any specific identity, it is important to emphasize that YIAGA AFRICA’s report of the 2019 elections is certainly one observer’s account that can legitimately provide answers to all the queries. Based on Parallel Vote Tabulation (PVT) methodology, which involves deployment of over 3,000 observer teams to a random sample of over 1,500 polling units across all the 774 local governments of the 36 states and FCT, here is the conclusions of YIAGA:

“YIAGA AFRICA’s findings show that for the Presidential election the All Progressive Congress (APC) should receive between 50.0% and 55.8% of the vote; and the People’s Democratic Party (PDP) should receive between 41.2% and 47.0% of the vote. These figures are consistent with the official results as just announced by INEC. For both the APC and PDP the official results fall within the PVT estimated ranges. YIAGA AFRICA urges Nigerian voters, political parties, candidates and international stakeholders to have confidence in the just-concluded electoral process and the officially announced results.”

YIAGA AFRICA was part of the election observer groups that monitored the 2019 elections. The methodology it deployed, and the thoroughness of its report should provide the basis of assessing the integrity of the 2019 elections. So far, no observer group has contradicted YIAGA AFRICA findings. This doesn’t mean there are no varying submissions by other groups. However, unlike the YIAGA AFRICA, the varying submissions are not empirically substantiated. For instance, Nigeria Civil Society Situation Room Fifth Interim Statement released also on February 27, 2019, the same day YIAGA AFRICA released its report, pointed that “having issued a Threshold Document clearly stating the standard to which” it observed the election, noted “that a lot of the expectations in the Threshold Document were not met.” Based on that conclusion they called for “urgent convening of stakeholders to examine the lessons from these elections; identify evident shortcomings and lapses; and review to enshrine much-needed reform of our electoral system.”

Given that almost throughout the 2019 elections, especially during the presidential elections, Interim Statements of Nigeria Civil Society Situation Room became highly opinionated, with very limited empirical data from the field, the political biases of the leaders were very apparent. Before the February 27 statement, there were unconfirmed reported lobby activities by some Nigerian civil society leaders sympathetic to PDP in diplomatic cycles against the election between February 24 and 25. The likelihood of these possible lobbies influencing the cynical questions of Mr. Campbell could be very high.

Coming back to issues of integrity of the 2019 election, beyond the Presidential elections, in every respect, as it is the 2019 elections represent a setback for the APC. This is because, while in 2015, the party won the Presidency and won 20 out of the 29 state governorship elections, in 2019, having won the Presidential election, it won only 15 of the 29 states’ elections. Could this substantiate any possible case of electoral infraction in favour of the APC? Given that APC went into the election in control of 19 out of the 29 states, although it won 2 PDP states (Gombe and Kwara), it simply means that APC lost 4 states (Adamawa, Bauchi, Imo and Oyo). Would inability to comply to provision of the Nigeria Civil Society Situation Room so-called Threshold Document have decreased the magnitude of loss for APC?

Conventional Nigerian experience based on PDP standards suggests that any possible electoral breach would return APC as the winner of all the 19 states it controlled before the election and possibly many of the other 10 PDP controlled states. In the same way, all leaders of APC who stood for the 2019 elections as Senators would be return elected. Governor Abiola Ajimobi of Oyo State, Sen. Godswill Akpabio and Sen. George Akume wouldn’t have lost the Senatorial elections. Note that in the case of Governor Abiola Ajimobi, not only that he lost his Senatorial election as a serving Governor, President Buhari lost to PDP in Oyo State, although marginally, having polled 49.9% of the votes. Also note that, had both Governor Ajimobi, Sen. Akpabio and Sen. Akume won, they would be ranking Senators in the 9th Senate and therefore eligible for leadership consideration.

The other fact about the 2019 elections, again especially the Presidential election, was that clearly PDP assumed it can win on accounts of combinations of so-called weaknesses of the APC Presidency and frustration of Nigerians based on which it builds its campaigns around spurious allegations thereby further escalating primordial differences of Nigerians. As a consequence of such a campaign strategy therefore emotions became the main driver and our politics reduced to those of primordial considerations, in this case ethno-religious factors. If the truth be told, the problem of the 2019 elections is not the elections – management, voting process, results, etc. – but the politics around it. It is an issue that has left Nigerians permanently in election mode, although the election is over, and results have been announced.

Grievances bordering on the election are perception driven and will not be resolved based on any action for or against the outcome of the elections. Given their ethnic bearing, the best description is what Lukianoff and Haidt presented in the chapter The Untruth of Us Verses Them: Life Is a Battle Between Good People and Evil People. In their words; “Tribalism is our evolutionary endowment for banding together to prepare for inter-group conflict. When the “tribal switch” is activated, we bind ourselves more tightly to the group, we embrace and defend the group’s moral matrix, and we stop thinking for ourselves. A basic principle of moral psychology is that “morality binds and blinds,” which is a useful trick for a group gearing up for a battle between “us” and “them.” In tribal mode, we seem to go blind to arguments and information that challenge our team’s narrative. Merging with the group in this way is deeply pleasurable.”

There can hardly be any better description of the Nigerian reality today. It is just a case whereby majority of Nigerians have activated, or got their “tribal switch” activated, on account of which there is hardly much thinking, which has produced epidemic of blindness and a permanent battle of “us” versus “them”. How can we get out of such a political mess? It would require that APC, both as a party and as the driver of government use this period (April – May 2019) of transition to review and plan priority governance programmes. It is important to elevate issues of reorganizing our federal arrangement, otherwise popularly in Nigeria referred to as restructuring or true federalism, to become part of the priority APC governance initiatives for the period 2019 – 2023. With the excellent work of the Mallam Nasir El-Rufai led APC Committee on True Federalism, coming with recommendations that are organized into legislative, executive, etc. action plans, which contained draft bills, they present low-hanging fruits, which can be used to begin to deactivate our “tribal switch”. May God strengthen the capacity of President Buhari and all our APC leaders to lead us and our country, Nigeria, out of this political mess!