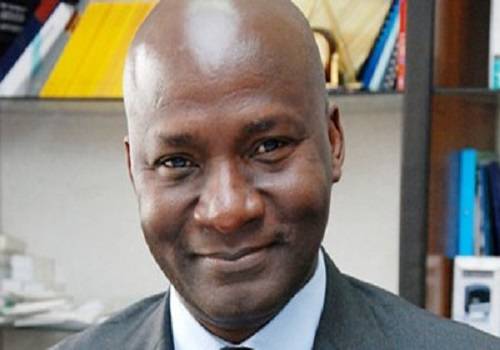 A Senior Advocate of Nigeria (SAN), Dele Belgore, standing trial before a Federal High Court in Lagos for alleged N450 million fraud on Friday denied complicity in the crime.

He told Justice Rilwan Aikawa that he was innocent of the charge preferred against him by the Economic and Financial Crimes Commission (EFCC).

He said that the EFCC pressed the charge against him though he did not benefit from the N450 million which was subject of the charge before the court.

They, however, had pleaded not guilty, and were granted bail.

On Friday, Belgore, a former campaign Coordinator of the Peoples Democratic Party (PDP) in Kwara, concluded his evidence before the court.

He was led in evidence by his counsel, Mr Ebun Shofunde (SAN).

He told the court that in his statement to EFCC, he gave detailed information about those who took possession, disbursed and used the N450 million.

“While I am being investigated by the EFCC on the alleged offences, I have neither admitted orally to have committed the offences nor made any statement to admit that I am guilty of the offences.

“I denied all the charges against me, I have never made any payment to all the names mentioned in the charge.

“In order to assist the investigators, I gave them detailed information on who took possession of the fund and how it was disbursed and used; I didn’t benefit from the fund,” he testified.

He had earlier told the court that the N450 million, which was set aside as campaign fund for the 2015 General Elections, was from fund-raising activities done by the PDP.

He also denied claims that the money was from a former Minister of Petroleum Resources, Diezani Alison-Madueke.

Belgore said that throughout his tenure as the PDP campaign coordinator in Kwara, he had no dealings with Diezani and was not aware that the N450 million he signed for in 2015 came from her.

He added that claims by two EFCC investigators that the money was part of the N23 billion allegedly collected by Diezani from three oil marketers – Northern Belt Ltd., Actus Integrated Ltd., Midwestern Company – and one, Mr Leno Laitan, ahead of the 2015 General Elections, were false.

Justice Rilwan Aikawa has adjourned until May 6, for cross-examination of Belgore by both the second defence counsel and the prosecution.

Meanwhile, the court has granted leave to the second defendant to travel to Mecca for the lesser Hajj.

In granting the leave, the court ordered him to provide a surety who must be a civil servant resident in Lagos, or a landed property owner in the state.

The court ordered the defendant to return to the country before May 6.

In the nine-count charge, the EFCC alleged that Diezani conspired with Belgore and Sulaiman on or about March 27, 2015, to directly take possession of the sum of N450 million, which they reasonably ought to have known formed part of proceeds of unlawful act.

They were also alleged to have taken the said fund in cash, which exceeded the amount authorised by law, without going through the financial institutions.