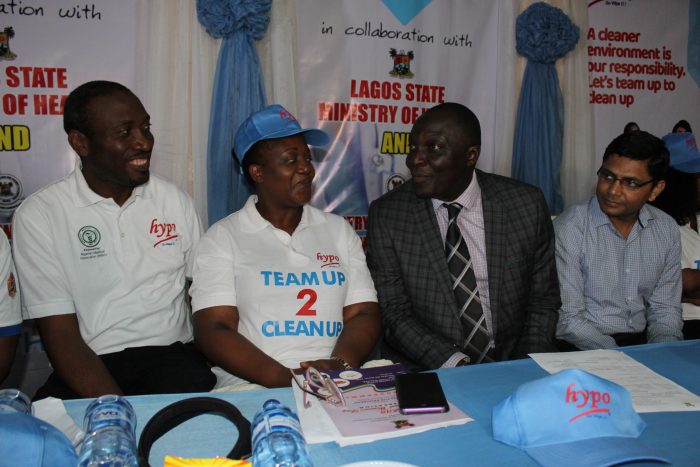 As parts of efforts to promote preventive healthcare, the Lagos State Ministry of Health, in conjunction with Hypo has organized a symposium to commemorate this year’s World Health Day.

The symposium, which was attended by hundreds of women from different walks of life served as a platform to educate the participants on how to keep the environment clean to prevent common diseases.

In a remark, the Commissioner for Health, Dr Jide Idris who was represented by a Director in the Directorate of Disease Control, Dr. Agbolagoriite Olurotimi, explained that it had become imperative to sustain an intensive public awareness on behavioural lifestyles and the importance of cleanliness in ensuring good health.

Idris said it was possible to handle and tackle every task when the person had good health, saying that “consequently, our health is very paramount in achieving our set goals in life without any hindrances.”

He said the state government had taken a bold step to address the issue of health with the launching of the Lagos State Health Insurance Scheme due to the growing population of over 24 million people.

Idris added that the administration of Governor Akinwunmi Ambode was also committed to the provision of good and qualitative, affordable and accessible health care system for the citizens.

Speaking, Commissioner for Women Affairs and Poverty Alleviation, Dr. Lola Akande commended Hypo for organising the symposium, saying that the company had made marks by focusing on a need which had existed since he beginning of time.

Akande, who was represented by a director in the ministry, Oluwatoyin Odusanya, said the government saw Hypo brand as a partner in the progress to evolve a healthier Lagos, using multi-faceted approaches, while putting high premium on women empowerment.

On his part, Mr Onome Asagbara of the Tolaram Africa enterprises, stated that his company decided to team up with the Lagos State Government to press home the message of this year’s World Health Day, which is “Universal Health Coverage: Every one, everywhere”.

Asagbara said in the last seven years, his organization had visited over twenty-million homes across the Country to promote the use of its brand of bleach not just as a whitener, but also as disinfectant.

The symposium was preceded by a sensitization walk around the Ikeja axis.