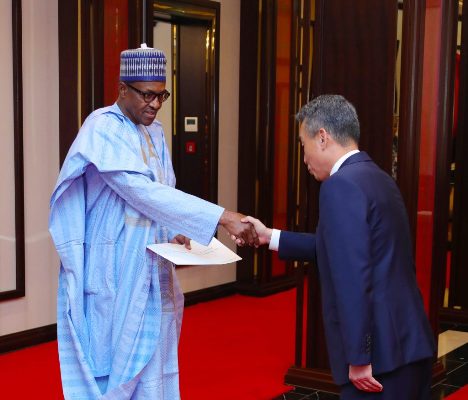 Mr Lee In Tae, Ambassador of the Republic of Korea to Nigeria, has urged Nigerian poets to use their craftsmanship to promote freedom, liberty and self-determination.

Tae said this at an event to mark the 100 Anniversary of the March 1 Independence Movement, Exhibition and Award Ceremony of the 9th Korea-Nigeria Poetry Feast on Thursday night in Abuja.

The event was organised by the Korean Cultural Centre in Nigeria (KCCN) to mark the movement in1919 when Korean people rose up in unity against the colonist Japanese government.

“On March 1 of 1919, Korean leaders, students and ordinary people staged a street demonstration across the country against Japanese to effectively demonstrate their noble will for independence.

“However, the protest was violently suppressed by the Japanese colonist force; numerous people were arrested, detained, injured or killed.

“But the Korean people’s will towards an independent nation was expressed powerfully enough to spread to China, India, UK Russia, America and parts of the world.

“It provided momentum that led to Korea Independence in 1945.

“In this light, to commemorate the 100th Anniversary of March 1 Movement, the theme for Korea-Nigeria Poetry Competition this year is dedicated for Independence.

“I wholeheartedly invite all talented Nigerian Poets who are here today to reflect and express their thoughts to the full meaning of freedom, liberty and self-determination.

“They should do it along with noble sacrifices our compatriots have made to entrench these values in both Korea and Nigeria.

“Your fine lines reflecting the history of the Korean and Nigerian people’s struggle towards their nation’s independence will inspire many of your readers and resonate beyond the African continent,” In Tae said.

The Ambassador was represented at the event by Mr Kim Do Hwan, the Deputy Head Mission in the Embassy.

The competition was segmented into two categories namely Adult and School category.

The adult category saw a total of 51entries in which Silas Sharamang emerged winner with the poem `Blessings’ and got a cash prize of one hundred thousand naira only.

King-David Chisom emerged first runner up with the poem ‘The Needed Reflection for Nigeria at 59’ and got the cash prize of seventy five thousand naira only.

The second runner up position was clinched by Roseben Anyanwu with the poem titled `The Perfect Ceremony’ with a cash prize of fifty thousand naira only.

For the school category, while Emmanuel Okoro of Jawel Model School, Kubwa with the poem `Emergency’ emerged winner and got fifty thousand naira.

The third position in the school category went to Ebere Chris of Jawel Model School, Kubwa with the poem `Liberty for Cross’ and was awarded twenty thousand naira.

Seven other students won consolation prizes of gift items from the KCCN.

High points of the event were a drama presentation titled ‘Yu Gwan-sun by Arojah Theatre, Abuja and poetry performance by the director of KCCN, Mr Lee Jin Sun, Yenu Adebeye and Sharamang.

The event was attended by officials from the National Council for Art and Culture, National Gallery of Arts, FCT Centre for Arts and Culture, lovers of Culture and many others.