SPAL 2-1 JUVENTUS: Hosts come from behind to hold Juventus' party 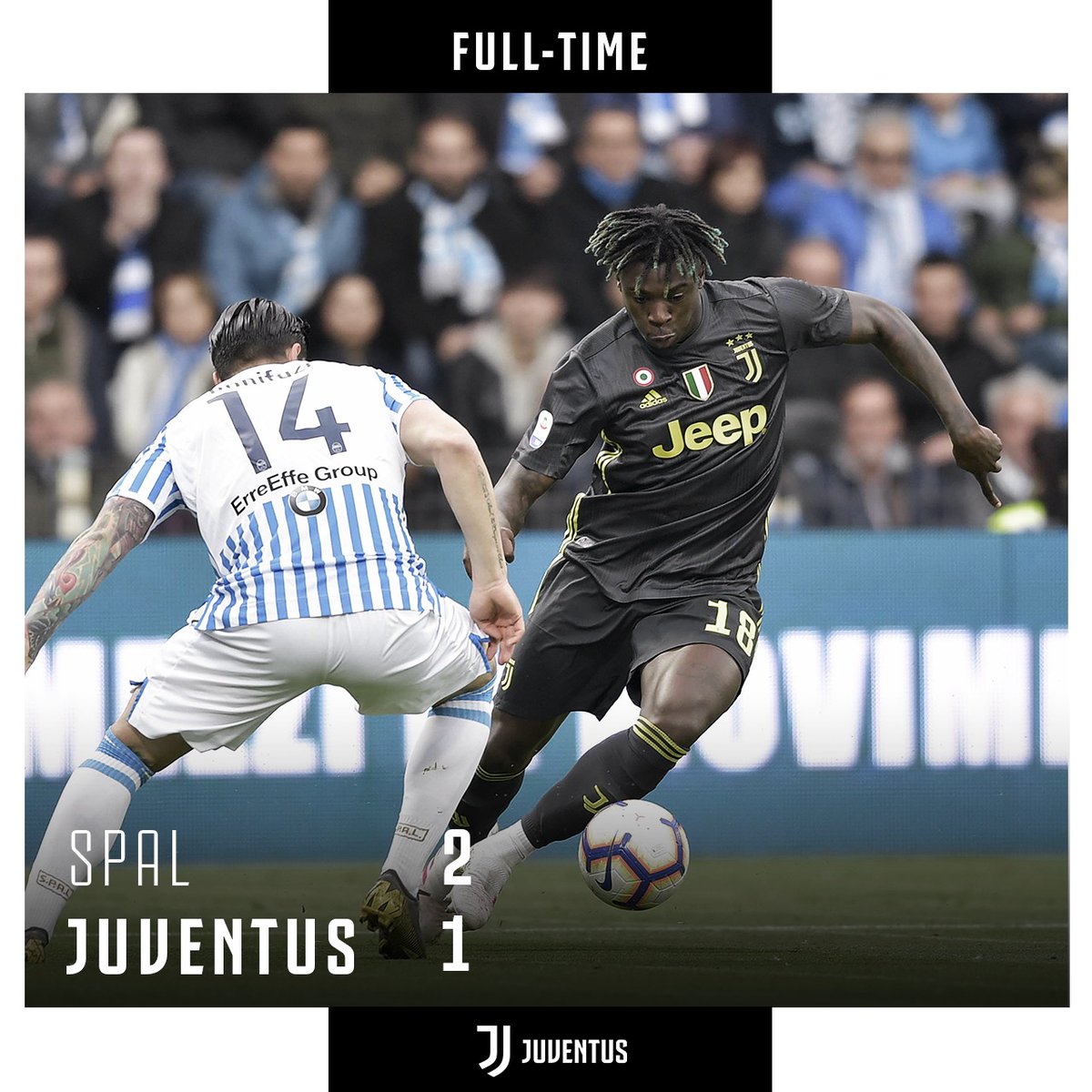 Juventus saw a youthful side stunned by SPAL as they missed out on the chance to seal an eighth consecutive Serie A title.

A first half opener from Moise Kean looked set to fire Max Allegri’s side to victory – but the relegation-threatened visitors launched a stunning second half comeback.

Kevin Bonifazi bundled in an equaliser before Sergio Floccari fired in a famous winner to keep Juve’s title party on hold.

Allegri shuffled the pack, resting Cristiano Ronaldo and other stars with the Serie A title still on course to be back in Turin.

The result will ultimately be of little concern with attentions on a crucial second leg against Ajax in the Champions League quarter-finals next week.