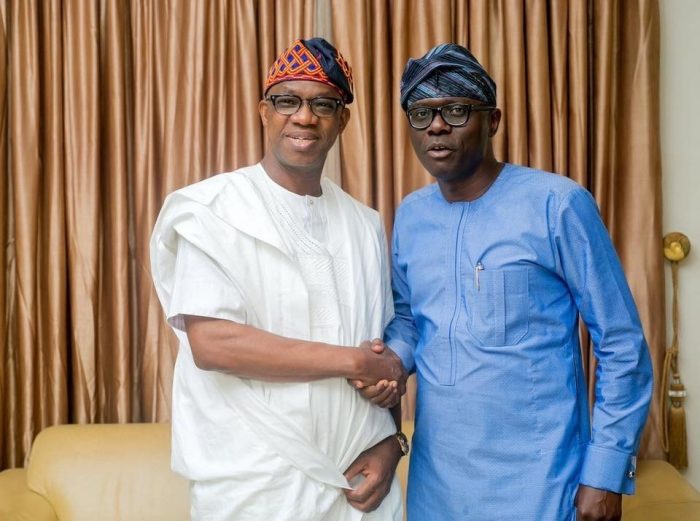 Prince Dapo Abiodun, the Ogun state Governor-elect, held a strategic meeting with the state chapter of the Manufacturers Association of Nigeria (MAN) and other members of the Organised Private Sector at the factory of the Flour Mills in Agbara, Ado-Odo-Otta local government of the state on Friday 12 April, 2019. That day, he revealed that his administration and that of his counterpart in Lagos state, Babajide Sanwo – Olu, had plans to establish a “Joint Development Commission” to drive the Internally Generated Revenue (IGR) of both states.

Residents of the communities on the borders of the two states (Magboro, Akute, Olambe, Matogun, Ope Ilu, Ota, Sango, Agbara, Arepo, Mowe, Ibafo, Ofada and others) received the promise with eclat. They set the social media aglow with optimism. Thank God it was a Friday. That revelation culminated in the puff of cigarette smokes, squadrons of pepper soup and bottles of beer at different watering holes in those communities. They had every reason to be happy. The two governors that followed each other, Gbenga Daniel and Ibukunle Amosun, did not touch the areas in terms of development. The roads, especially, looked as if some dragons from the pit of hell chewed them into pieces. Thus, the communities remained terra incognita till today.

The only trouble, however, is that Abiodun’s revelation, after the beer cleared from the brains of those who had travelled to cloud nine, gave rise to a sense of deja vu, because, it happened during the tenure of Otunba Gbenga Daniel of Ogun State and Bola Tinubu (and later Babatunde Raji Fasola) of Lagos. That time, the body, called Lagos Mega-City Development Authority, was headed by the great geographer, Professor Akin Mabogunje, fizzled into oblivion with the speed of its arrival.