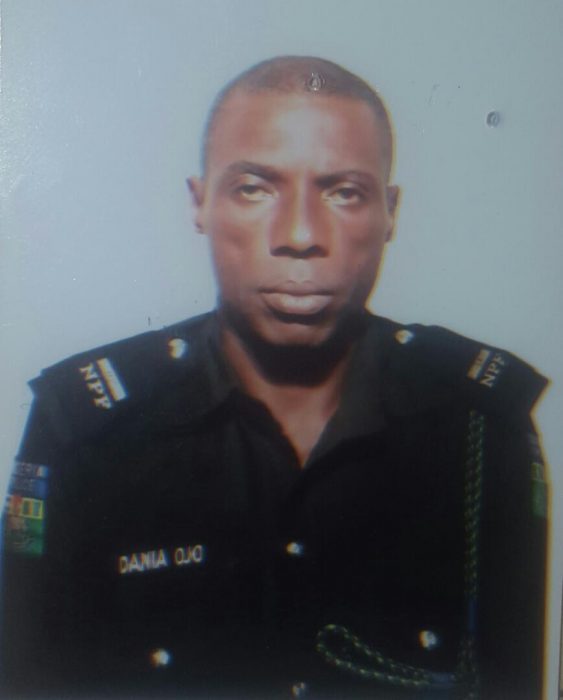 Wanted Insp. Dania Ojo who escaped after the shooting.

The Lagos State Police Command has released the photograph of one of the suspected killers of a 20-year-old woman, Ada Ifeanyi in Ajegunle on Saturday.

His name is Inspector Dania Ojo, who escaped immediately after the shooting incident. He is declared wanted by the Command.

Five other policemen have been arrested in connection with the incident.