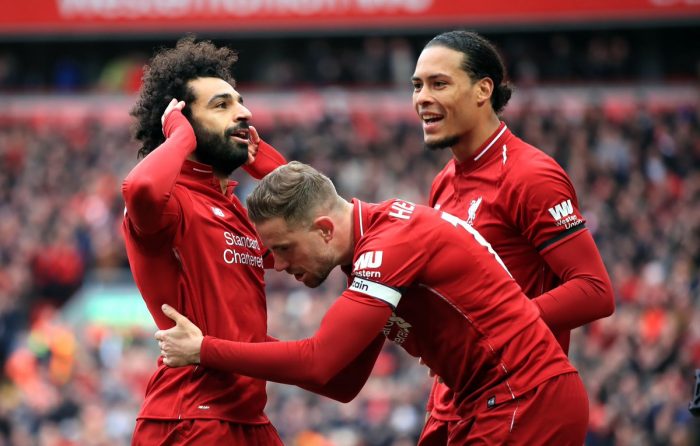 Mohamed Salah scored one of the best goals of the Premier League season as Liverpool overcame Chelsea to retake top spot from Manchester City.

There had been few clear chances in the match until Sadio Mane headed home in the 51st minute following a slick move.

Eden Hazard twice went close for the Blues, first with a shot that hit the post and another saved by Alisson.

Earlier, City beat Crystal Palace 3-1 at Selhurst Park to briefly lead the Reds by one point.