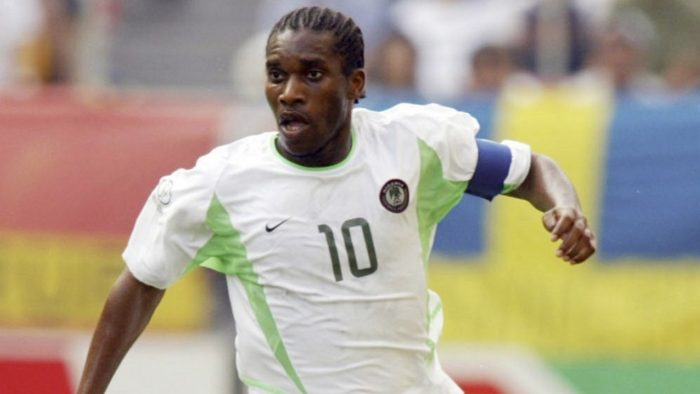 A Lagos High Court sitting at Igbosere, Lagos, South west Nigeria on Monday renewed a bench warrant for the arrest of the former Super Eagles captain, Augustine Jay-Jay Okocha, for refusal to appear in court over a case of tax evasion.

Prosecution counsel, Mr Yusuf Sule told the court that Okocha had yet to settle out of court, the 2017 income tax evasion charge.

Okocha, who was not in court, was not represented by any lawyer.

The government alleged that Okocha had also failed to appear in court since October 5, 2017, when the case was first mentioned.

At the resumption of proceedings on Monday, Sule said Okocha had made contact with the Lagos State Internal Revenue Service (LIRS).

He said: “The defendant (Okocha) is trying to settle, but he is yet to make any payment. In the circumstances, we will be asking for a further date.”

Granting his application, Justice Akintoye ruled: that “Bench Warrant issued to continue to subsist against the defendant. Case adjourned till May 28, 2019 for further directions.”