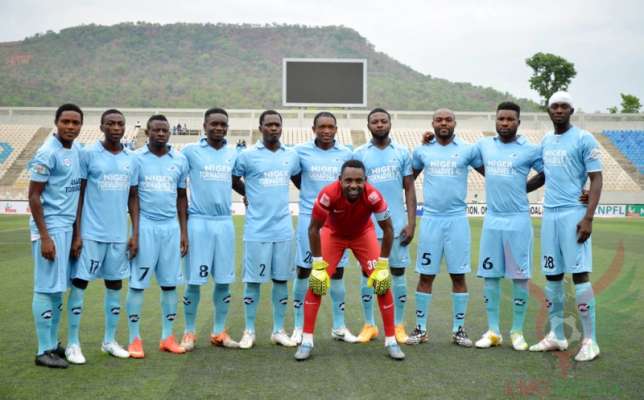 Ahmadu Liman, wearing jersey number 10 for Tornadoes, scored the first goal 24 minutes into the first half of the game.

Liman scored the goal through a ball laid for him by a team mate in the vital goal area of the visiting club.

Not done, Liman completed his brace in the 60th minute of the second half.

He scored the goal through a crossing from the left flank which he connected by a header that passed the goalkeeper.

The Tourists who meant business from the first blast of the whistle, played a good game, but host defenders stood against any hope of comeback.

Wikki Tourist Coach, Aliyu Zubairu said that the two goals were good, adding that the loss would not deter the club from going for the NPFL.

“We prepared very well for the match, but we lost. We are going home now to work for our next game,” he said.

Abara appealed to supporters of the club for prayers and encouragement to enable them come out of relegation.

Tornadoes with 13 points from 15 matches, occupied 11th position on the league while Wikki with 19 points from same 15 matches is 8th on the table.