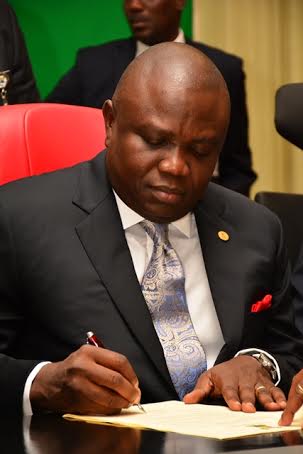 Segalink who became prominent with the #EndSars campaign, and also known for active human rights activities against cases of abuse has described Governor Ambode’s silence over the recent cases of police brutality in Lagos as “irresponsible”.

He wrote on Tuesday: I don’t even know Lagos State still has a Governor until I saw this at the IGP’s Address. The irresponsibility is so loud. Citizens in your state are being decimated by your own police and you said nothing? If there be any shame in him he should have sent a representative. #Shame