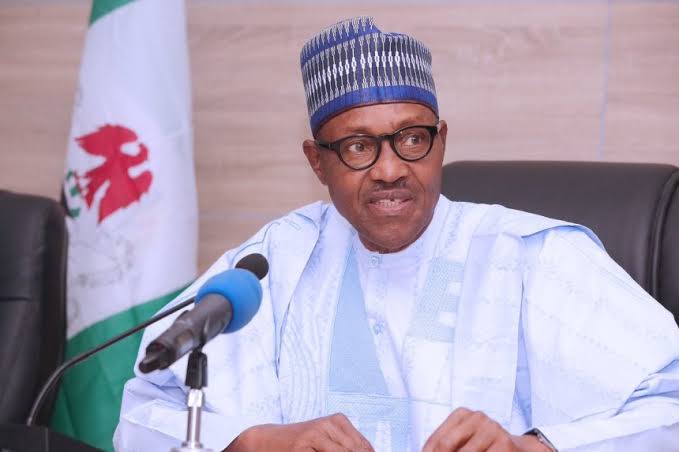 President Muhammadu Buhari has challenged Nigerian workers to justify the signing into law of the new N30,000 National Minimum wage by showing more commitments to their work.

The President stated this shortly after signing the national minimum into law in Abuja on Thursday.

He also enjoined the Nigeria Labour Congress (NLC) to show more understanding of the current socio-economic situations in country.

He said: “I expect them (workers) to be more committed to their work at whichever level.

“I will like the Nigeria Labour Congress (NLC) to look at the economic situation of the country, the population, the poor infrastructure that we are trying to fix in terms of roads, rail and power.

“So, I wish Nigerian workers the best of luck.”

The Senior Special Assistant to the President on National Assembly Matters, Sen. Ita Enang, had earlier told State House correspondents on Thursday in Abuja that the implementation of the N30, 000 minimum wage just signed into law by President Buhari would take effect from April 18.

According to him, the bill now makes it mandatory for employers of labour in both public and private organisations to pay N30,000 as minimum wage.

He said: “You can see me smiling on behalf of Nigerian workers. President Muhammadu Buhari has assented to the Minimum Wage Repel and Enactment Act, 2019.

“This makes it compulsory for all employers of labour in Nigeria to pay to their workers the sum of N30,000.

“This excludes persons who are employing less than 25 workers, persons who work in a ship which sails out of jurisdiction and other persons who are in other kinds of regulated employment which are accepted by the Act.

“It also gives workers the right, if you are compelled by any circumstance to accept salary that is less than N30,000, to sue your employer to recover the balance.

According to the presidential aide, the bill ensures and mandates the National Salaries, Income and Wages Commission and the minister or labour, to be the chief and principal enforcers of the provisions of this law.

“This law applies to all agencies, persons and bodies throughout the Federal Republic of Nigeria.”

Enang enjoined Nigerian workers to continue to support the president and his administration’s policies in return for the gesture.