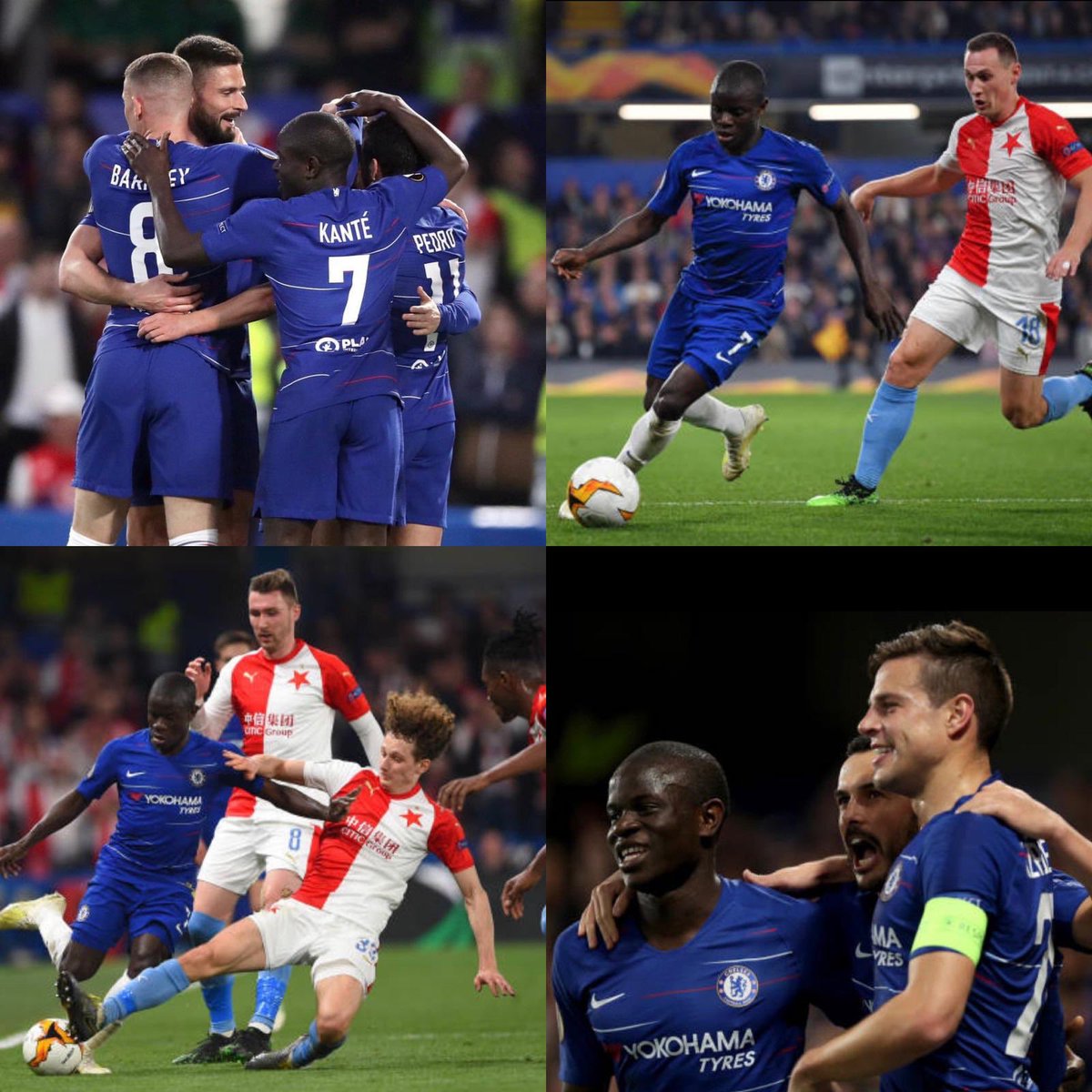 Pedro led Chelsea’s first half onslaught before withstanding the Czech’s comeback bid after the break in a pulsating game.

The London side were cruising 4-1 at half-time but Slavia Prague added two goals early in the second period.

The London side had won the first leg 1-0.

Sevcik spurned a chance to cut the deficit further before Chelsea held on to see out the win and set up a semi-final against Eintracht Frankfurt.

The German side won 2-0 against Benfica to go through on away goals after a 4-4 aggregate scoreline.

The Spain winger hit the post four minutes later only for the ball to rebound into the face of Simon Deli and into the net for an own goal.

Pedro carved out Chelsea’s third when he squared for a simple finish by Olivier Giroud and the scurrying Spaniard claimed Chelsea’s fourth goal in the 27th minute.

A minute earlier, Slavia’s captain Tomas Soucek had given the boisterous Czech fans something to cheer at Stamford Bridge when he powered in a header from a corner kick.

A Chelsea triumph in the UEFA Europa League, a trophy they won in 2013, would provide a way back into the UEFA Champions League.

This will be if they finish outside the English Premier League (EPL) top four this season.

They currently sit fifth on the league table.