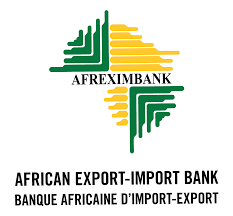 Prof. Benedict Oramah, Afreximbank’s President said this in a statement signed by the bank’s Head of Media, Mr Obi Emekekwue on Thursday in Abuja.

Oramah said the projects included the construction of trade-carrying and trade-supporting infrastructure required for the acceleration of the integration process on the continent.

He said the facility would strengthen Mota-Engil Africa’s capacity to carry out projects critical to reducing transaction costs for businesses.

According to him, it will also grow intra-regional trade, ease movement of goods, services and people, boost employment and stimulate economic activity in Africa.

According to Oramah, the transaction is expected to lead to increased activity in a number of economic sectors, including petroleum and petrochemicals.

Mota-Engil Africa is a significant player in intra-African trade as evidenced by the volumes of goods and services it procures from and distributes to African countries where it executes contracts.

Some of the infrastructure developed by the company, including ports and railways served multiple countries.

The company had a robust backlog of strategic projects in Africa in excess of three billion Euros.