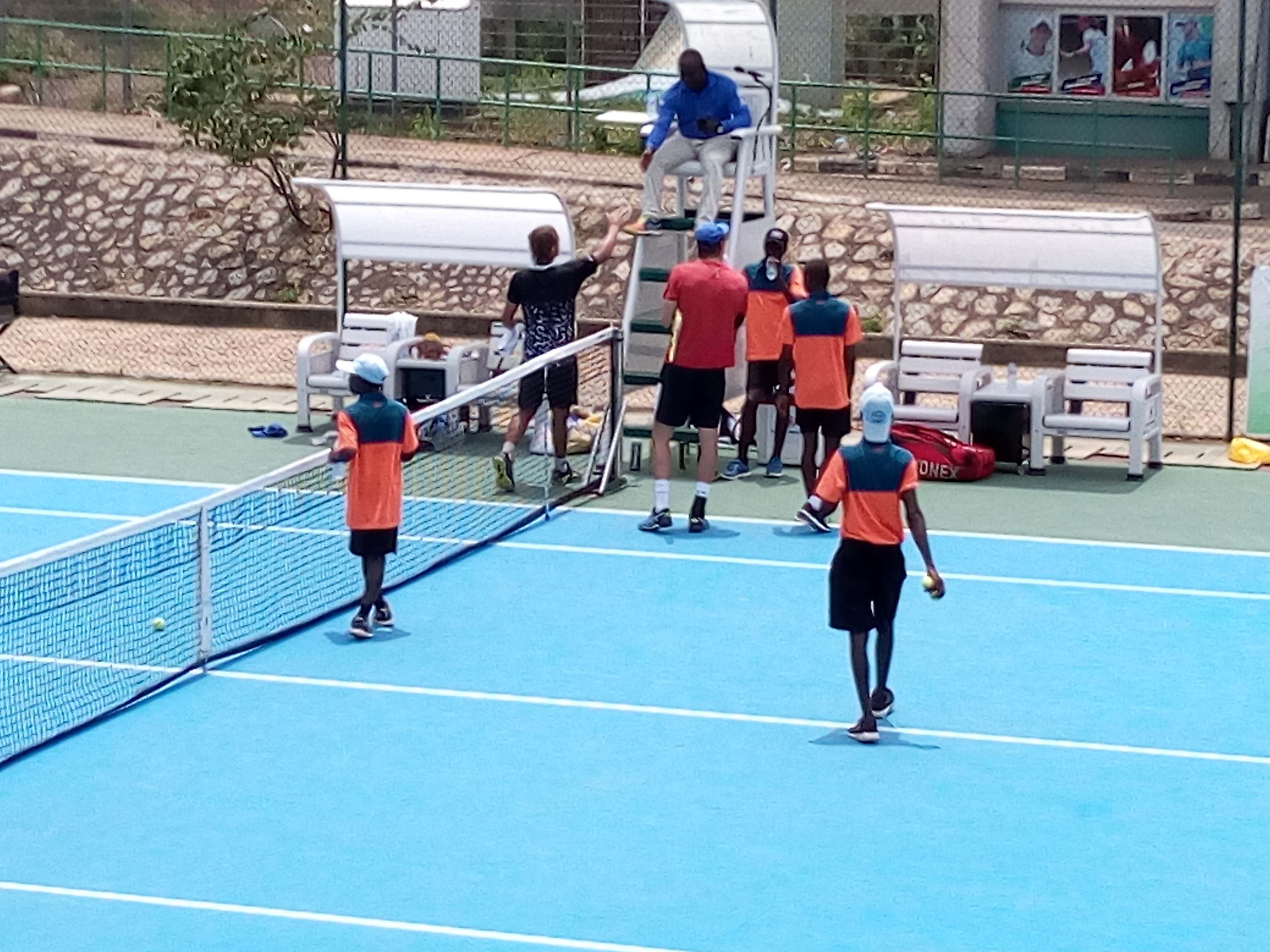 Unseeded Kalenichenko, who was eliminated from the tournament in 2018 by Neuchrist, battled hard in the first set but succumbed to his opponent’s superior firepower and hard service.

Tournament favourite Neuchrist was blown away in the beginning of the second set but fought his way through before Kalenichenko managed to take the set 7-6 (1) to force the game into a third set.

Having dragged the game into a third set, there was no doubt as to who would take the decider, as Kalenichenko dominated a physically strained Neuchrist to claim the set 6-4.

Neuchrist, shortly after the 2hour 34 minutes game revealed that his poor fitness contributed to the stunning defeat, NAN reports.

“I am injured and can’t play well since last week. There is a small tear in my calf muscle that was why I could not make many fast moves.

‘’But I felt I could rely on my biggest weapon, which is my serve.

“It was what took me that far in the game. I think I’ll pull out of next week’s (GSL Open) tournament to take care of myself,” he said.

On the game itself, Neuchrist said Kalenichenko’s bravery won him the tie.

“Yes, it was a great match and I tried to do everything I can to break my opponent’s rhythm. I give him credit for his bravery.

“He almost panicked in the beginning of the match like many of my previous opponents but in the end, he kept a cool head.

“In the second set, I had a chance to break but he played through his mistakes and got the needed points,” he said.

Kalenichenko, who had a 100 per cent service game winning ratio, said he would try not to be put under pressure for defeating the defending champion at the quarter-finals.

“I don’t feel any pressure, as I’m enjoying my tennis at the moment. The playing condition is tough here and it’s not my ideal condition but I’m fighting for every shot and every game.

“Today was very good for me. I knew I could do it because I am physically in top shape.

“In 2018, I lost to him and that came as an extra motivation to want to do something different this time around. He is a good player but today was my day.

“I will do my best to win the tournament, but am not under any pressure,” he said.

The second semi-final clash will be an all-French affair, with Dan Added taking on fourth-seed Tom Jomby.

Added had earlier outclassed Guy Iradukunda 6-3 6-2 in their quarter-final fixture on Court One of the Abuja National Stadium to set up the tie against his compatriot.