A Worthy Example in Leadership 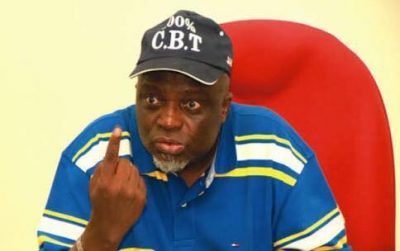 Two years ago, following the convocation ceremony of a private university where 188 students graduated with first class degrees, there was an online discussion on the lack of quality control in our educational sector.

According to the report that generated the conversation, 568 other students obtained second class upper degrees while 322 graduated with second class lower and 47 with third class.

This same issue is now the focus of attention in the United Kingdom where, as we all know, the quality of education is of the highest standard.

“Our universities are world-class and world-leading, with four ranked among the top 10 in the world, and attracting thousands of international students. At the heart of that global reputation is a trust in the quality and high standards of the education provided.

It cannot be right that students in one year are awarded higher grades for the same level of achievement than those in previous years. We owe it to the hardworking students who have earned those top grades to stamp out this unfair practice.”

In defence, president of Universities UK, Professor Dame Janet Beer admitted there are issues but nonetheless said that grade inflation should not be confused with teaching improvement.

“The sector’s collective will to take ownership of this challenge is strong, as we recognise it is crucial that we keep the confidence of students, employers and the public in the value of a university qualification,” before she added: “It is important to draw a distinction between grade inflation and grade improvement, where increased investment in teaching and facilities, as well as students working harder than ever, are leading to legitimate increases in grades.”

Authorities in the UK know the value of education and that is the essence of the debate regarding standards that should not be compromised. Sadly, even with our educational sector in total shambles, nobody seems to care about quality control or how to address challenges in a country where the integrity of examination is extremely low.

At least so I thought until I encountered the Registrar of the Joint Admission and Matriculation Board (JAMB), Professor Ishaq Oloyede about three weeks ago. Since most of the news about Oloyode had been that he was remitting billions of Naira to the federation account as opposed to what obtained under his predecessors, my attitude was that a JAMB registrar should be more interested in the quality of candidates selected to enter our tertiary institutions than in book keeping.

As it turned out, Oloyede has done far more at JAMB than he is being credited for. This I only came to know only by chance.

A female member of my church who works in JAMB was transferred from Abuja to her state of origin. The implication of being separated from her family became a serious challenge and my intervention was sought.

That was what took me to JAMB but the moment I explained my mission, Oloyede sent for his senior staff and the file of the woman. In their presence, he explained the reason for the transfer which, as it turned out, affected several of the staff in a particular department.

Because this department is critical to the work of JAMB, Oloyode, on assumption of duty, decided to examine the qualifications of those working there—only to discover many of them had no background in education. To put that right, he provided incentives for those who would take the offer to go to school with all their entitlements paid.

He also told them that his reform of the department would necessitate that each of them would take a day out every week to teach.

As Oloyede explained to me, in addition to being a corporate social responsibility initiative, he wanted the staff of this specialized department to be exposed to the standards of education in the country, the challenges and what could be done by way of recommendation to help.

But by adding a reward bonus for those who teach once they acquired the requisite qualifications, other staff started to fight back. Oloyede responded by asking that they be transferred from the department. While I felt satisfied with his explanation, he also seized the opportunity to explain what he has been doing at JAMB.

In the course of our discussion, I learnt about several innovations that Oloyede has brought to restore the integrity of the JAMB examination which, as he said, is his number one priority. First, no candidate learns the location of the centre where he or she will write the examination at the point of registration.

This leaves no room for connivance or any special arrangement. In the past the Board was registering candidates for upwards of three months. It was discovered that the longer the period of registration, the more time the syndicate that specialised in examination malpractices had to invest in their nefarious business.

Perhaps Oloyode’s greatest achievement is the introduction of real time monitoring of each of the JAMB centres before, during and after the examination. This he has been able to achieve by investing heavily in IT infrastructure.

With CCTV cameras in the examination centres linked to the headquarters, some of the ‘miracle centres’ are now finding it difficult to game the exams because JAMB is one step ahead. Oloyede shared with me interesting insights.

A man who brought in experts to connect computers where he had placed mercenaries writing JAMB for his candidates was being watched in real time from the headquarters and was apprehended in the process by security men. In addition to security gadgets, Oloyede personally debriefed a number of those who had been caught in malpractices to enable him to learn their tricks. In this way, he is turning the table against cheats.

As the JAMB Head of Media, Dr. Fabian Benjamin, would later explain to me, even though more than 80 percent of the examination centres are owned by private individuals, they now know that there are consequences for bad behavior: “It is not enough to tell us that you have a certain number of computers, we will send our staff to check their suitability and we will do a link test.

On that date we must see all your active computers which would be given codes and they cannot be substituted. During the examination, we see all the computers being used in all the over 700 centres across the country from our monitor room in Abuja. That way, we can easily detect malpractices.”

This year, a total of 1,793,018 candidates applied for admission to these institutions through the Unified Tertiary Matriculation Examination (UTME) and Direct Entry (D/E). He can monitor every single admission from the computer on his desk.

What I found particularly interesting was that throughout the period I spent with Oloyede and his senior staff, there was not a single mention of how he has brought transparency and accountability to financial dealings at JAMB. The implication is that he considers what seems to endear him to many Nigerians a routine matter.

That says a lot about his character. Before I left, Oloyede came back to the matter that brought me to JAMB. He told his senior staff: “I take no delight in separating a woman from her husband and children. But how do we handle this situation without compromising discipline?”

One of his staff said it was not a problem to reverse the transfer out of Abuja, but what they would not do is bring the lady back to the same department. He suggested that she be posted to another JAMB office in town, away from headquarters.

At that point Oloyede picked up her file. In my presence, he reversed the transfer with a proviso: There should be no financial cost to JAMB. He then explained. Although the lady had relocated, she would forfeit the N300,000 allowance because the transfer had been reversed.

It was after I agreed to this term that he appended his signature to the instruction. Exactly three days later, I received a long thank-you message from the woman. She had just received a memo from headquarters transferring her back to Abuja.

There are several lessons I learnt from my encounter with Oloyede. One, the idea of JAMB staff serving as teachers can only be enriching for their examination process. Two, the efforts to restore integrity to their examinations are in the right direction.

Three, the manner he carried his management staff along in dealing with my request demonstrated leadership. Four, in acceding to the request, he still followed due process. Five, the speed with which his directive was promptly carried out showed the respect his staff has for him and the efficiency at JAMB.

Meanwhile, following my column last week, https://www.thisdaylive.com/index.php/2019/03/21/the-exodus-of-nigerian-doctors/?amp, I got several responses and I am still processing them to know the format the debate should take.

Interestingly, one doctor yesterday forwarded to me a letter sent to the Nigerian Healthcare Professionals UK ‘NHS 70 Award Night 2019’ by the British Prime Minister, Mrs Theresa May. In the message to the ceremony held last Saturday night in London, May wrote: “As we celebrate the many achievements of the NHS over the last 70 years, these awards are an excellent opportunity to recognise the dedication of outstanding healthcare professionals of Nigeria origin.

Your contribution has had an important influence in our vital healthcare system, helping to shape the NHS and the delivery of its workforce.”

While we will come back to this conversation, May’s letter is a recognition of the importance of social sectors like health and education to the development of any nation.

That is why we must celebrate change agents like Oloyede who inspire others by setting the right example.