Army goes for made in Nigeria TechnoGas cylinders 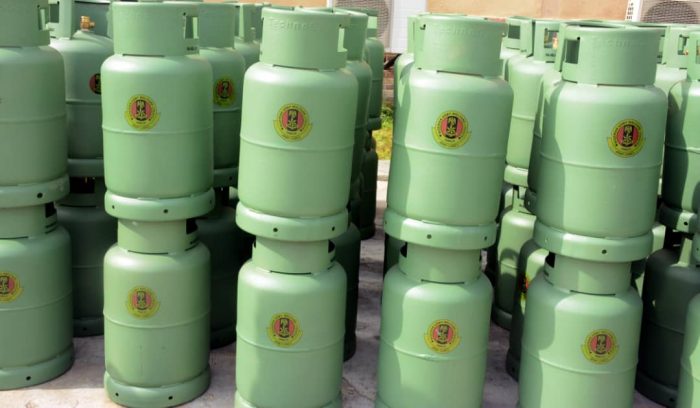 The Nigerian Army has taken delivery of LPG cylinders manufactured by a Nigerian company for the flag off of its LPG Welfare Scheme, aimed at promoting LPG adoption among its officers and men.

The cylinders were produced at Techno Oil’s newly-built LPG manufacturing plant in Lagos, which started rolling out cylinders earlier this year.

The TecnoGas cylinders, which have since secured certifications by various agencies, including the Standards Organisation of Nigeria (SON), are being produced in commercial quantities for Nigeria and overseas markets.

On April 11, the army inaugurated a scheme, known as the Nigerian Army Welfare by Guarantee Ltd., and followed up with the inauguration of a Liquefied Petroleum Gas (LPG) plant at the Mambila Barracks in Abuja.

The event was witnessed by the Minister of State for Petroleum Resources, Mr Ibe Kachikwu, who directed that filling stations would henceforth, host LPG plants as part of efforts to deepen cooking gas usage in Nigeria.

Speaking on the development in Lagos on Monday, the Executive Vice-Chairman of the Techno Oil Group, Mrs Nkechi Obi, told reporters that the interest shown by the army in LPG adoption was pivotal in the campaign to promote the use of cleaner energy.

She noted that Techno Oil Group had positioned adequately to meet Nigeria’s cylinder needs with the commencement of commercial production of high quality cylinders at the company’s LPG manufacturing plant.