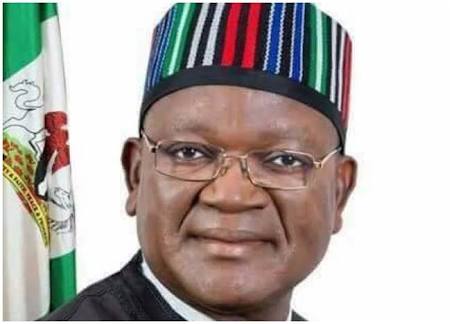 The Benue government on Monday reeled out the achievements of Governor Samuel Ortom’s administration in the last four years as part of activities to mark the governor’s 58th birthday.

Mr Tahav Agerzua, Special Adviser to the governor on Media and Information Communication Technology (ICT), in a statement in Makurdi, identified the governor’s political sagacity as a key attribute that was outstanding.

“Ortom always win against all odds in his political endeavors,” he asserted.

Governor Ortom who has been re-elected for a second term in office, was born on 23rd April, 1961, and hails from Guma Local Government Area of Benue.

Agerzua listed some of the achievements of the governor to include the Amnesty Programme, enactment of Anti-Opening Grazing Law, and the graduation of 200 medical doctors, in quick succession, at Benue State University.

He said that the governor had also completed 42 primary healthcare centres and the deputy governor’s office, while construction works at the new State Assembly Complex were ongoing.

“Contractors have been recalled to 11 abandoned road projects; others – Oshigbudu to Obagaji, and Zaki-Biam-Afia- Gbeji – have been completed, while more contracts have been awarded for the construction of other roads, including two major highways.

“This is in addition to 34 ongoing rural road construction and electrification projects being carried out by the Bureau of Rural Development and Cooperatives. The bureau is also completing 38 similar projects left behind by the previous administrations,” he said

Agerzua said that transparency and accountability, the hallmark of the administration, were unprecedented in the state’s history, adding that the Ortom-led administration had always respected the rule of law.

“No one, no matter how highly placed, is above investigation in his government.”

He, however, identified the non payment of salary arrears owed in 2017 as a result of dwindling resources, as the administration’s drawback, promising that the issue would be tackled.