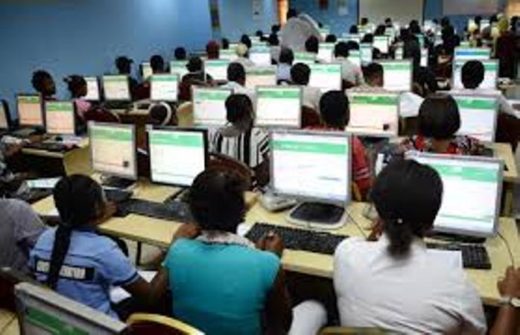 The Muslim Students’ Society of Nigeria has expressed displeasure over the growing rate of examination malpractices in Nigeria.

It will be recalled that over 50 of such professional examination writers, including a self-acclaimed Professor were arrested for perpetrating examination malpractice in the 2019 United Tertiary Matriculation Examination (UTME).

JAMB, in its Monday Bulletin of 15th April, 2019, said that some of the fraudsters were master’s degree holders, postgraduate and undergraduate students of tertiary institutions.

Reacting to the development, the Amir (President) of Lagos state Area Unit of the MSSN, Dr. Saheed Ashafa, said the Nigerian society is in “a serious danger” with the increasing rate of examination malpractices.

Ashafa said this in a statement issued at the end of a tour of executives of the MSSN Lagos to the seven zones where the just concluded 107th 107th Islamic Vacation Course (IVC) held.

Regretting the rate of decadence in society, Ashafa said that Nigeria would not progress if teachers and judges are corrupt and dishonest.

Ashafa said: “Judges are corrupt, teachers are corrupt. If these set of people are corrupt, the society is in a serious danger. When you are wrong, teachers are supposed to correct you. But in various schools teachers come at 8am and write 7am on the time book. A teacher who is a liar cannot reform a child. Collecting or giving bribes in government offices before getting a document is wrong and we should not do it.

“We have seen those that we believe to be decent to be corrupt. Corruption is so enormous in our society. We are training our members to be among the students in schools who will stand firm against examination malpractice. We need to know that examination malpractice can be best fought by students themselves. They must resist, it may not be easy, but they must insist that no teacher must teach any student in the examination hall.

“If a student was helped to pass out of school and gets to a position, how will he believe that it is wrong to take bribe or help someone to do wrong is bad. We must be a reformer of the society.”

Addressing participants at the camping programme, he told them to take a cue from the suspension of former Chief Justice of Nigeria, Walter Onnoghen, who was charged for corruption.

He stated that for the Nigerian society to be reformed, it must begin with youths who are the future of the nation.

“This edition’s theme is chosen to address the rots in our society. We should also be reminded that self-reformation comes before societal reformation, be among the righteous ones. With societal reformation, the country will be free of vices which have engulfed our system of governance, justice; even religious setting are not left out of the rots. Go and reform the society, you have being trained,” he said.