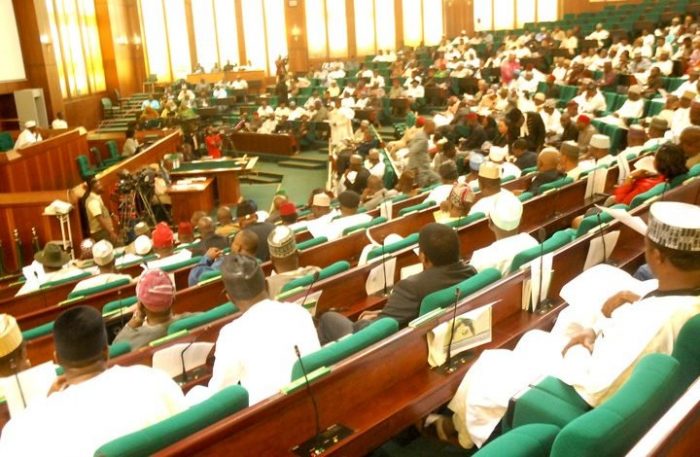 Nigerian Lawmakers at the Assembly

This followed a motion by Rep. Segun Adekola (PDP-Ekiti) at plenary.

Adekola moving the motion, explained that the motion was borne out of compassion for new legislators who passed through difficult experiences before they could get befitting accommodation.

He said this included the Apo Legislative Quarters which was sold to Legislators occupying houses at the time under specific rules and guidelines.

He expressed concern over the challenging experiences new members of the legislature were subjected to in their quest to get decent accommodation in the FCT.

The lawmaker stressed that this was as a result of the sale of the quarters originally built to accommodate them.

Adekola further expressed concern about the continuous use of the name “Apo Legislative Quarters” in describing the place, when in actual fact, most of the houses were no longer being occupied by legislators.

According to him, it has since changed hands due to sales to third or even to a fourth Party.

He said that there was the need to protect and uphold the sanctity of the legislature by putting in place, a corrective measure to address the ugly trend and distortion of fact.

He therefore, called for the change of the name, as over 80 per cent of the inhabitants of the legislative quarters were not legislators.

“Legislature is the distinctive mark of a Country’s Sovereignty.

“The index of its status as a State and the source of much of the power exercised by the executive arm of government in the administration of the country.

“The Legislature is the bedrock of any government, being an institution which represents the common and collective interests of the citizens.

“Through the enactment of laws and the exercise of oversight functions on the activities of the executive arm of government.

“In June 2003, former President Olusegun Obasanjo, based on the recommendation of a Committee headed by the then Secretary to the Government of the Federation, Ufot Ekaette directed that the fringe benefits of all public and political office holders be monetised.” He said