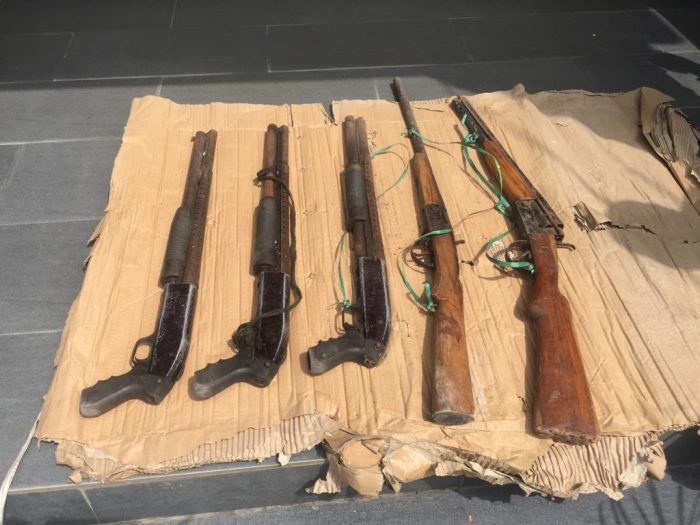 An Upper Area Court 3, sitting in Kasuwan Nama in Jos, on Thursday, sentenced a 25-year-old mechanic, Hussaini Buka, to three years in prison for unlawful possession of firearm, NAN reports.

The judge, Yahaya Mohammed, however, gave the convict an option of fine of N30, 000.

Earlier, the Prosecutor, Ibrahim Gokwat, had told the court that the convict was arrested by a special task force in April 11, and was reported at the State Force Headquarters.

Gokwat said that the convict was arrested in possession of a locally made pistol by the task force while they were on routine patrol.

According to the prosecutor, Buka had no license for the pistol.