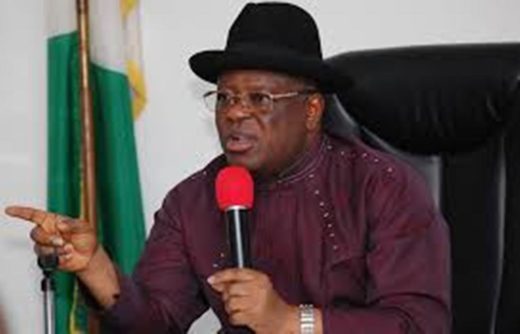 The Ebonyi Government says it will distribute 1.9 million long lasting, insecticide-treated nets to households in the state under its 2019 universal net distribution campaign.

Dr Daniel Umezurike, the state Commissioner for Health, disclosed this on Thursday while addressing newsmen on the occasion of the World Malaria Day.

According to him, the Ministry’s warehouse in Ikwo Local Government Area is fully stocked with the commodity.

Umezurike remarked that about 56 trucks are presently offloading the commodity as the state government in 2015, partnered with the United States Agency for International Development (USAID) to distribute 1.7 million nets.

”The distribution of the presently procured nets will follow the same pattern of 2015 where the distributors recruited from the 17 wards of the state will be adequately trained.

”The households in the state will be enumerated and be given nets card which they would use to collect the nets on the day of distribution.

”Distributing 1.9 million nets is not easy as all households except those that fail to indicate interest, will benefit,” he said.

He said that the government has evolved another programme which will distribute 30,000 pieces of long lasting insecticide treated nets to pregnant women and children under 5 years.

”We have also provided anti-malaria drugs especially for pregnant women, resulting to more 44 per cent of coverage levels,” he said.

Umezurike advised residents to disregard the erroneous notion that sleeping under nets during hot season was not proper.

”I, for instance, use mosquito nets regularly because there is no identified difference between the weather experienced when nets are used and when they are not used.

”People erroneously formed the belief that the nets cause heats as power supply is not guaranteed regularly from the power holding company, especially at nights.

”People can instead erect quadrangles in places that have better ventilation than inside the rooms but regular use of mosquito nets is the best way to prevent malaria,” he said.

Dr Michael Urom, the Director of Public Health in the state Ministry of Health, said that malaria is still a major public health issue in the country but the state government was tackling it squarely.