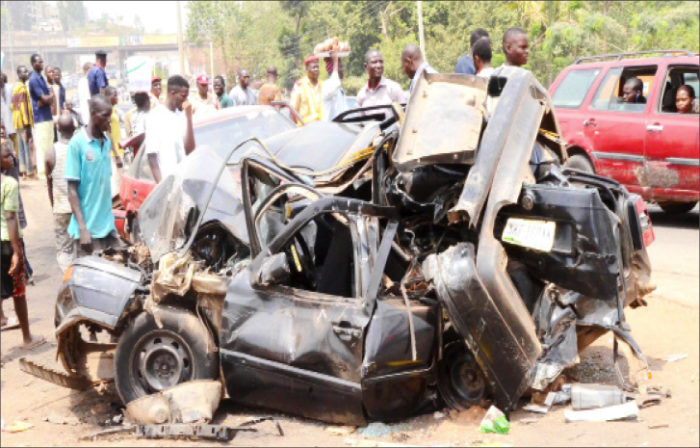 It was also reported that six other persons also sustained varying degrees​ of injuries in the accident that occurred at about 11am.

It was gathered that a cement-laden truck that was heading toward Benin from Abuja end of the road, lost control and rammed into several vehicles held by traffic at the junction.

Edo State Sector Commander of the Federal Road Safety Corps (FRSC), Anthony Oko, who confirmed the accident, described it as a multiple accident.

He blamed it on to tyre burst.

“The truck coming towards Benin had a tyre burst and in the process, lost control and rammed into the vehicles (held by traffic) from behind.