Flashback: Saraki Not From Kwara; He is Egba 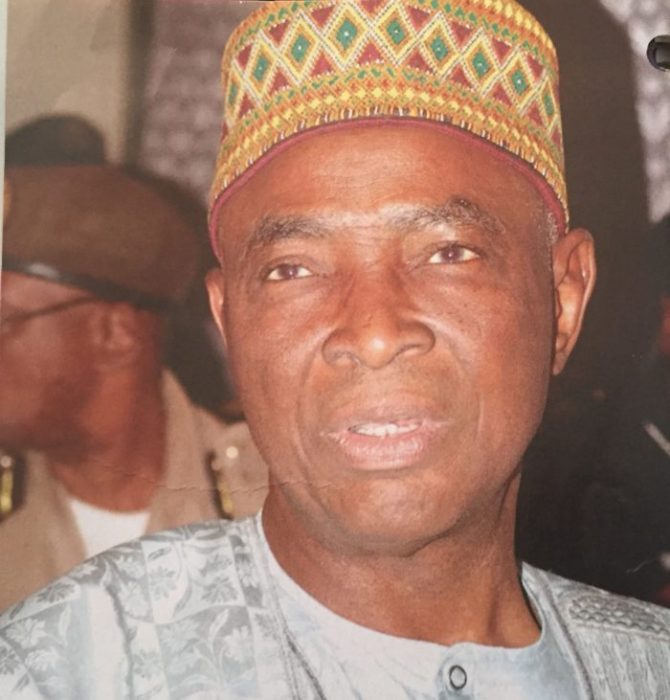 • Shocking Revelations about the Godfather

Dr. Olusola Saraki’s claims to Fulani ancestry and Ilorin indigeneship are challenged by disclosures that he is an Egba man from Abeokuta in Ogun State

At a press conference in Abuja in August 2009, Dr. Olusola Saraki told his audience that he is essentially of Malian origin. His great-grandfather, allegedly a Fulani, he said, migrated from the West African nation to settle in Ilorin about 200 years ago.

His mother, Saraki added, hailed from Iseyin in Oyo State. His father, he declared, hailed from Ilorin. The last claim has for long been a subject of muted dispute in Kwara, where Saraki has been the major determinant of political fortunes for decades. His hold on political affairs has delighted and riled in equal measure. Saraki’s already declared intention to instal his daughter, Gbemisola, a senator, as the next governor of Kwara State has angered more than a few people in Ilorin–for a variety of reasons. To the indigenes of Ilorin, a city reputed as a centre of Islamic learning and culture, the attempt to instal a female governor is a desecration of Islamic injunctions on the position of women. Also, the incumbent governor, Dr. Bukola Saraki, is his son.

This has provoked allegations that Saraki has enslaved indigenes of Ilorin and the state in general. It has also re-invited public attention to his origin. Mrs. Sarah Jubril, a Peoples Democratic Party presidential aspirant, recently rekindled public interest in Saraki’s claim to Ilorin indigeneship. “Please, check the roots of the Sarakis…Did he not come out one time to say he is from Mali? Please, check the magazine where it was published because I • Saraki: Is he really from Abeokuta?. of the community would be. The contenders, Olisemeka explained, were Muttahiru Saraki and one Emmanuel Alabi, both of whom were present when Abdulrazak was welcomed at the port.

The next day, on Abdulrazak’s orders, the two men were brought to the Embassy without their supporters. The objective was to find a solution to the feud. “I thanked them for welcoming me on my arrival and told them that my secretary (who was also present) had told me that the two of them were fighting over the leadership of the community and that I was not prepared to work with a divided community. I also told them that I had not invited them to hear stories about why they were fighting,” said the ambassador.

Given that Muttahiru Saraki looked considerably older than Alabi, Abdulrazak told the two men that the older man would be the leader, while the younger would be his deputy. The directive, said the former ambassador, worked like magic. “Emmanuel Alabi stood up and prostrated before Saraki and held his leg, saying: ‘I accept you as my leader.’

“Alabi then requested my permission to say something and I asked him to go on. He said: ‘Sir, nobody ever called the two of us together. It was only our followers that were treating the matter that way,’” the lawyer said.
The resolution of the feud engendered friendship between Alhaji Saraki and Abdulrazak. They started attending Friday prayers together. “I usually went out of my way to Alhaji Saraki’s house to take him in my car to the mosque and brought him back after prayers,” he said. One Sunday morning in 1963, the policeman attached to Abdulrazak came to tell him that an old man wanted to see him. The policeman gave the guest’s name as Saraki–Muttahiru. After swapping pleasantries and a few banters, Alhaji Saraki asked where Abdulrazak hails from. “I told him I come from Ilorin,” he replied. “Alhaji Muttahiru Saraki said: ‘I am an Egba man from Abeokuta, but went to a Quranic school in Agbaji.’ The man himself, with his own mouth, told me he is an Egba man from Abeokuta,” the former ambassador added.

The friendship between the two men grew, with the ambassador taking Muttahiru to many places, including where he performed official duties. Soon, people started referring to his friend as deputy ambassador. “Anywhere I went officially, I took him along. So, when I was going to present my letters of credence to the head of state (the late Houphouet-Boigny), I took him along. Incidentally, President Felix Houphouet-Boigny was a medical doctor and was Saraki’s doctor before he became President,” Abdulrazak said.

The former ambassador also met Muttahiru’s three wives and some of his children. One of the children was said to be one Iya Alaro. It was through her that Dr. Saraki was said to have come to Ilorin. Iya Alaro, said Abdulrazak, was married to an Ilorin man with whom she lived in Agbaji, the quarters Dr. Saraki claims as his root. On another Sunday in 1963, Muttahiru, who was a trader in Abidjan, visited his ambassador friend. He told Abdulrazak that he would want him to meet his son, Olusola, who was then a medical student in Britain. When the holidays came, the younger Saraki have it. We are not sure of the indigeneship of Dr. Saraki. So, in the name of Allah that he worships, let him be fair to Kwarans,” she said.