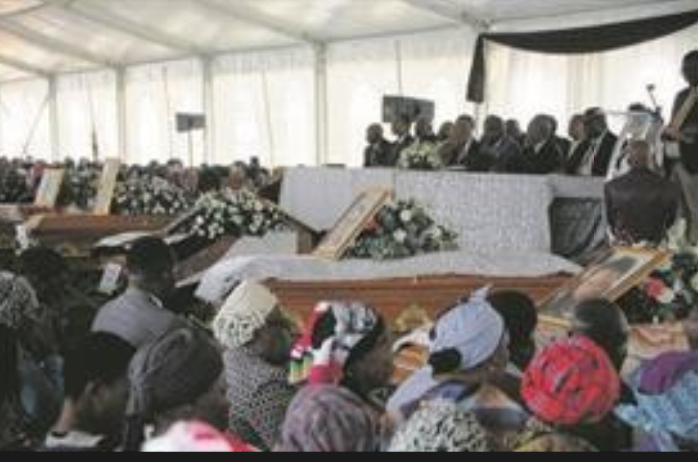 Mourners during the burial

Thousands of people gathered at the Ulundi Worship Centre, northern KZN in South Africa yesterday to pay their last respects to church members who died after their church collapsed last Thursday.

Four other victims were buried over the weekend in Esikhawini, near Empangeni, three in Eshowe, and one in Howick in the KZN Midlands.

Acting premier Sihle Zikalala said the provincial government would build a house for the Dube family to fulfil their daughter Thandaza’s wish.

Samkelisiwe’s cousin Ntombifikile Mzila-Zulu said her death was a great loss as she had been looking after her younger siblings. She was glad her loved one died praising the Lord.